A man missing from North Narrabeen has been found in a creek bed at Ingleside.

66-year-old Wagner Fernandes had been missing for two days. After leaving his family’s home at Rickard Road, North Narrabeen, to go for a walk around 3.00pm Wednesday (03 August), he was last seen a few hours later around 5.30pm at Elanora Road, Elanora Heights.

Having recently arrived in Australia in June from Brazil to visit family, Mr Fernandes does not speak English and fears were held for his welfare as he suffers from a number of medical conditions. Family expressed their concern that he may become disoriented and lost.

When the search resumed early on Thursday morning (04 August), volunteers spanned out across an extensive area, ranging from Deep Creek, next to the Wakehurst Parkway, through to Laurel Road, Ingleside, next to Mona Vale Road. Surf Life Saving North Narrabeen Inflatable Rescue Boat (IRB) was tasked to scan the banks of Narrabeen Lagoon, and a Surf Life Saving drone (UAV) was tasked to conduct a search from the air.

The first sign the search was occurring in the right area came just after 3.20pm today (Friday, 05 August), when volunteers from NSW SES Warringah / Pittwater Unit found a blue bag at a property at Wattle Road, Ingleside. The bag matched the description of one Mr Fernandes was known to have been carrying when he left home.

The SES team called for reinforcements, which came in the form of a team from the NSW SES Manly Unit. Together, with family members who were engaged in the search, they moved through an overgrown semi-rural property at Wattle Road, making their way toward Mullet Creek at the rear of the property.

It was there one of the searchers said they heard a sound, and located a man in the creek bed. Just after 4.15pm, an excited call went over emergency services radio from a Manly SES crew member who called out, ‘We think we have found him!’ With family members already at the scene, they were quickly able to identify the man in question and confirm he was Wagner Fernandes. Fortunately, he was largely unharmed, although in a weakened state from two days lost, exposed to the elements. 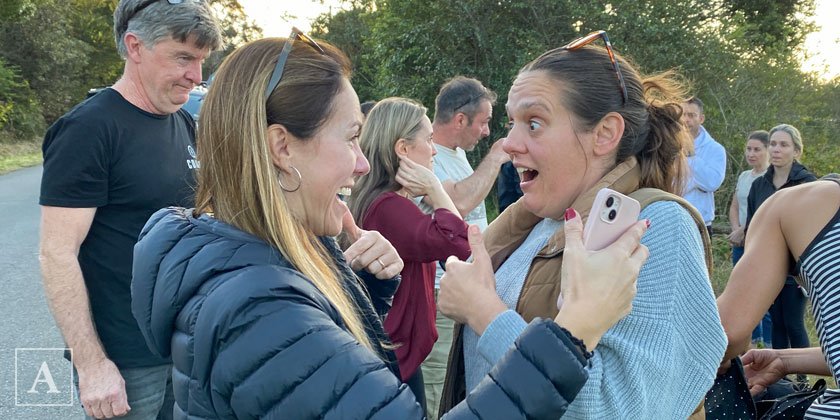 Given his exhausted condition, officers from police rescue called for a stokes litter so that he could be safely carried back to the roadway, where a crowd of family and friends were excitedly speaking with each other in Portuguese. 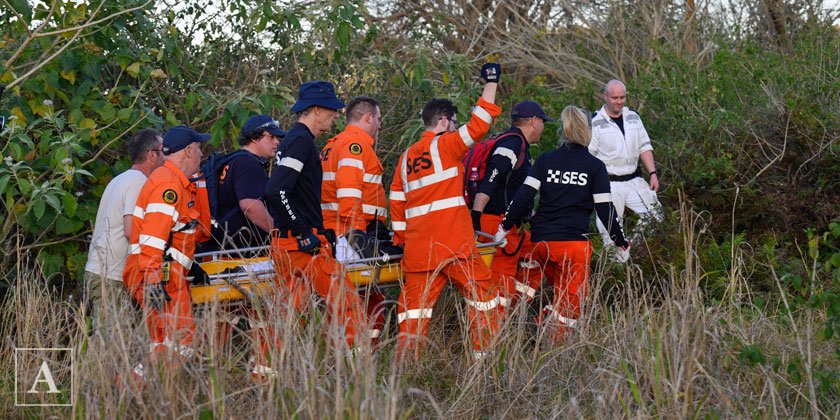 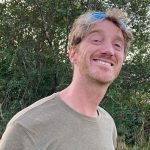 Mr Fernandes’ son Marcelo, who was with the rescue party that carried him to safety, said he had barely been able to sleep for the past two nights, worrying about his father lost in unfamiliar territory.

“It’s amazing. I don’t have the words to thank these guys. I’m still trying to understand what happened and how we got to this. Half an hour ago I was in a completely different state of mind. Now this is all happening, it’s hard to believe,” said an overwhelmed Mr Fernandes. 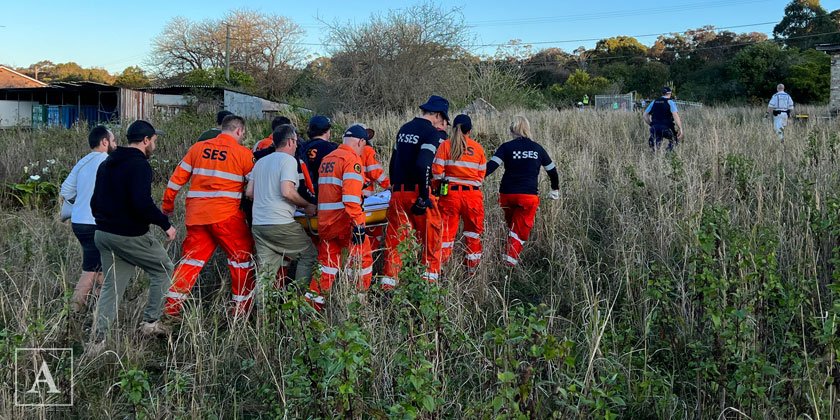 A B-Line bus driver, Marcelo Fernandes said he was at work when his father initially went missing.

“I am a bus driver. I finished my run and when I clocked off, I saw the message that he might not have come back home. Then I started looking for him, up to 2.00am. I went home and slept a bit, then started again at 6.00am for the whole day.

“Last night I slept a few more hours than I did the night before, and then back on the search. To have this outcome, it’s just unbelievable.

“When they found the bag, we were where the waterfall is, looking around. When we got here, they had taken the bag to the police station. I wanted to see the bag to make sure it was the bag that I handed over to him myself.

“Then two minutes later, the police told me, ‘I think we found your dad’. I asked, ‘Alive or dead?’ She told me, ‘Alive’,” shared a relieved Mr Fernandes. Marcelo Fernandes said the sound of the PolAir aircraft searching for his father had kept him awake on Wednesday night, and he was grateful for the dedication of the search teams.

“I was searching with my motorbike at first but I started getting a sore back and changed to my car. I had done a 12-hour shift with three hours break, driving the B-Line. I needed to stop and the sound of the aircraft woke me up, the first night they were searching for him.

“I don’t even know what to say to be honest. I’m so thankful. I don’t think I can put together a combination of words that would thank these people enough for what they have done,” said Mr Fernandes. With light beginning to fade, the combined NSW SES Manly and Warringah / Pittwater search team (image above) that found and carried Mr Fernandes to safety were thrilled at the happy ending. 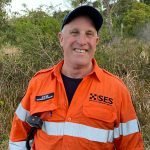 Warringah / Pittwater team leader ‘Steve’ said they called for the assistance of the Manly crew because of the area they needed to search.

“We found a blue IKEA bag down there [Wattle Road]. We organised a line across the property. We went down to the creek and Lauren was ahead of me. She said she heard a noise, and we both heard him. We thought, let’s go check it out and then we found him,” said Steve. 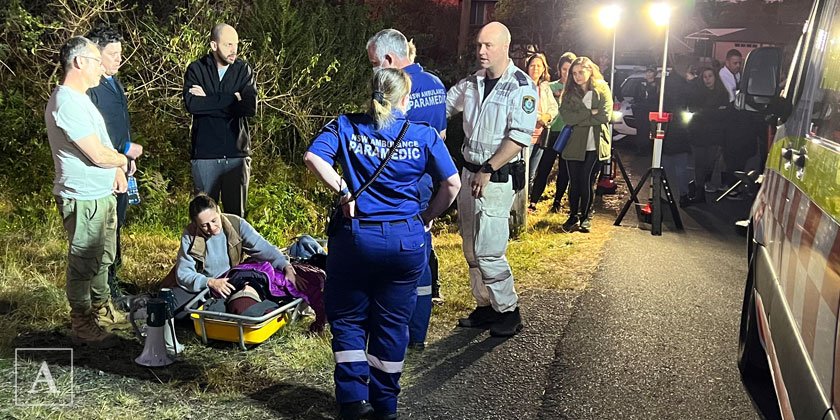 Despite being found in remarkably good condition after being lost for two days, a NSW Ambulance was called and when paramedics arrived, they assessed Mr Fernandes for exposure. He was transported by road to Northern Beaches Hospital in a stable condition for further assessment and observation.