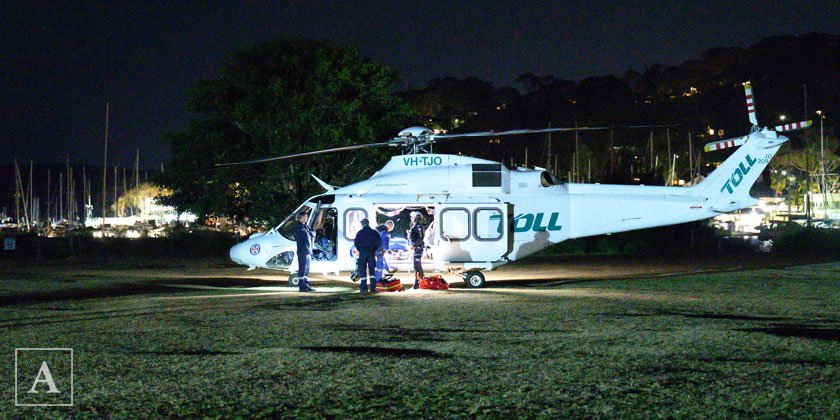 A woman has died in a tragic boating incident on Pittwater.

It is understood that the two vessels, both 5m open runabouts, were travelling at around 15 knots when they collided with each other in the dark. Two people, one from each vessel, were seriously hurt as a result of the collision, and were taken to shore nearby at a jetty at Rocky Point.

Numerous officers from Northern Beaches Police Area Command were seen arriving at the water police base at Church Point, including a NSW Police Inspector. Another team of paramedics, led by NSW Ambulance Inspector Christie Marks, met at the Church Point water police base and was taken by NSW Police launch to Elvina Bay.

A critical care team from one of the NSW Toll Ambulance Rescue Helicopters was winched down by air directly onto a jetty near the site of the collision.

Two patients were assessed at the scene, a man and woman. The woman sustained critical injuries and was unconscious and not breathing when the critical care team arrived. Despite the best efforts of first responders, she was unable to be revived. The 19-year-old man was assessed for injuries, including a laceration to his head. Paramedics stabilised him at the scene, stemming bleeding, and transported him by police boat back to Church Point where he was taken by an Intensive Care ambulance to Royal North Shore Hospital in a serious but stable condition. 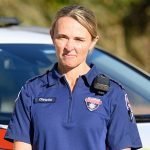 “Our aeromedical team did really well accessing the patient under the circumstances. The patient suffered multiple cuts and bruises to his face and legs, for which paramedics provided pain management.

“This was a major mobilisation of emergency services in very difficult circumstances – pitch black, across cold water, in a very inaccessible location. I’m sorry that there’s been such a tragic outcome in this case,” said Insp Marks. 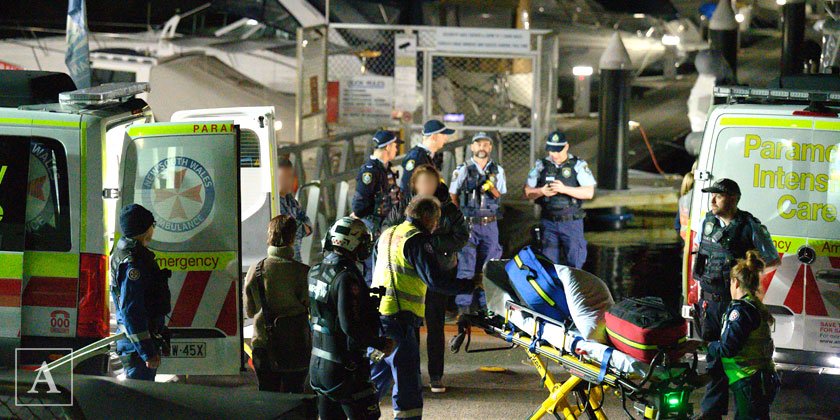 Inspector Hayes and the Special Operations Team paramedics returned up the fire trail from Elvina Bay, but were unfortunately delayed leaving the area by some vehicles that had entered the unlocked gates behind them and needed to be removed from the road before the gates on West Head Road could be resecured. They managed to clear the road just before 9.00pm.

The medical crew from the NSW Toll Ambulance Rescue Helicopter were returned to their aircraft, which had landed at nearby Rowland Reserve, Bayview, departing just after 9.00pm.

NSW Police have retrieved both of the vessels and confirmed that a crime scene has been established and an investigation into the incident surrounding the woman’s death is underway. The woman is yet to be formally identified, but police believe she is in her 20s. A report will be prepared for the information of the Coroner.