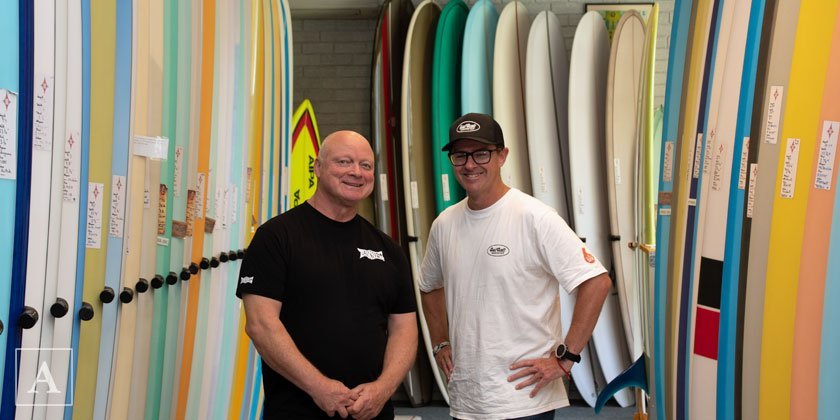 A new Northern Beaches brewing company is crafting a line of beers based on the area’s rich surfing history.

Balgowlah resident and Surfcraft Brewing Company Founder Nathan Gazzard says he was inspired by the history of ‘The Brookvale Six’, a seminal group of surfboard makers who established their businesses within a short distance of each other at Brookvale. 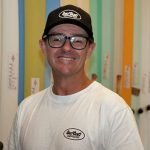 “The transformation of modern surfing happened here in Brookvale. The story is unique and I feel a lot of people don’t know the story. I wanted to tell the story with beer. Surfing and beer go together.

“Back in the 1950s, the Bennett’s and five other gentlemen basically started the whole surfboard shaping industry here in Brookvale. They went from doing balsa toothpicks to radical surfboards, and have supported world champions along the way,” said Mr Gazzard. 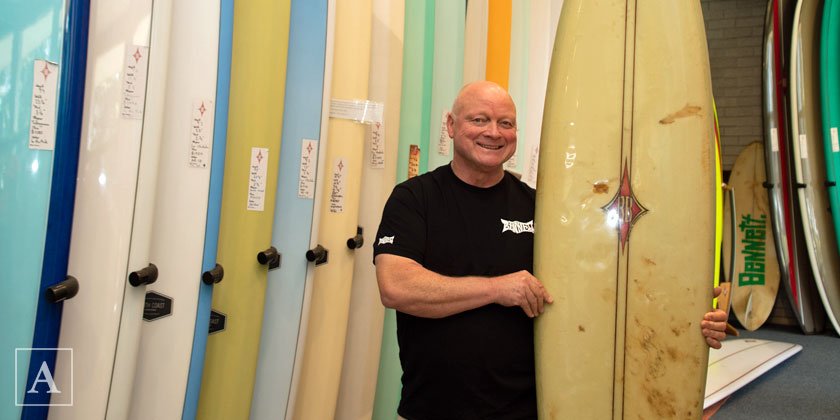 Bennett Surfboards Managing Director Greg Bennett (image above) says he is excited by the partnership and the connection with storytelling and craftsmanship, which resonates with surfing. 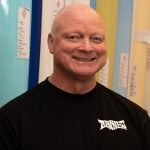 “‘The Brookvale Six’ were Denny Keogh, Gordon Woods, Bill Wallace, Greg McDonagh, Scott Dillon and my dad Barry Bennett. They mainly grew up in the eastern suburbs but this was all market gardens and the land value of the factories meant they all set up within less than a kilometre from each other,” said Mr Bennett.

For his debut beer, Nathan Gazzard (image below) has partnered with Bennett Surfboards at Harbord Road, Brookvale, to define a taste that fits the iconic surfboard maker’s style and history.

“These guys were craftsmen. The brewing process is a craft as well, so shaping surfboards and crafting beer are really aligned with each other.

“The first beer is inspired by Barry and Greg, what they’re doing and what they’ve done for many years. Although we’re making it, it’s really ‘the Bennett beer’ in a way.

“It is going to be ‘sessionable’ and easy to drink but it does have a twist, a little bit of something unique, which is similar to the Bennett’s surfboard style.

“Then we’ll look at the other five and get inspired by them as our core six beer range. Beyond that, we can collaborate with other surfers and really promote the new surfboard shapers and craftsmen that are out there,” said Mr Gazzard. 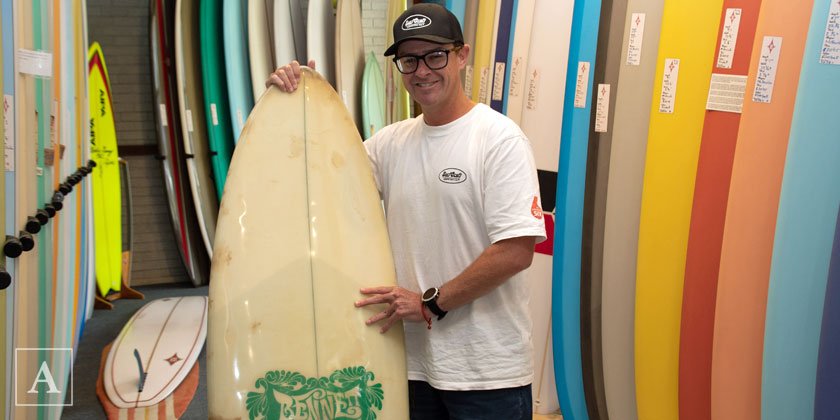 For now, Nathan Gazzard says he will rely on the strong craft brewing scene at Brookvale, with Dad and Dave’s Brewing manufacturing the beer, allowing Surfcraft Brewing to focus on the taste profile of each beer as they establish the business.

“The plan is to launch the first beer and then launch five more in line with ‘The Brookvale Six’. From a business point of view, we’re going to do what you would call gypsy brewing, or contract brewing.

“Craft beer is still only ten percent of the market, so there’s a huge growth in craft beer. Even though people think there’s a lot of competition, I think we’re still going to see a lot more growth, and I think we’re very different,” said Mr Gazzard.

Surfcraft Brewing Co. will be launching their first beer to market at 1.00pm Sunday, 21 August, at Dad and Dave’s Brewing, 45 Mitchell Road, Brookvale.

“We’ve got some giveaways, promotions, a food truck, some merchandise, beach music, and of course beers on tap. It’s going to be great,” beamed Mr Gazzard.