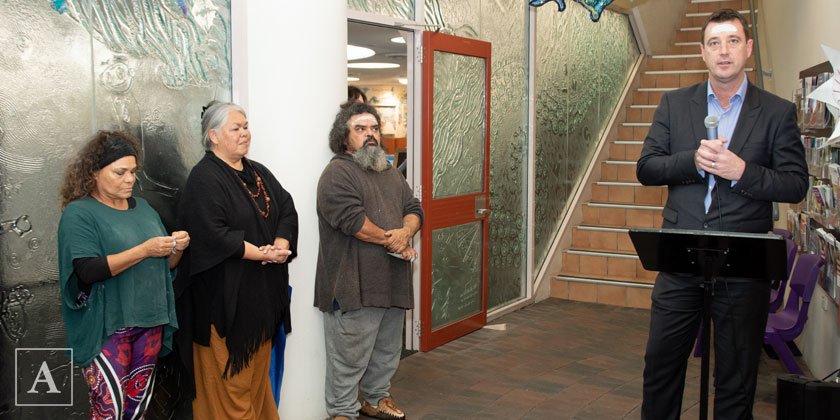 Mayor Michael Regan has called for a Northern Beaches voice to Canberra for local Aboriginal people.

Speaking at a Gai-mariagal Festival event yesterday (Wednesday, 06 July) as part of NAIDOC Week 2022 at Manly Library, Mayor Regan said Northern Beaches Council would conduct a community forum to listen to Aboriginal people and reflect those views to Canberra. 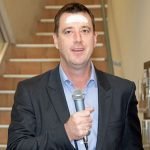 “I’d like to get the conversation started this month, not wait until Australia Day and start talking about renaming or relocating the date. We’ve got a new federal government, new federal politicians in Parliament now who are all talking the right way about how we recognise Aboriginal people in the Constitution, how we talk about the treaty, how we talk about the Uluru Statement from the Heart.

“Those conversations need to be had. We learn more about American history and European history than we do about our own backyard. It’s about us being educated and listening to the Aboriginal locals. I’d love to see a big forum of 400 people.

“I think it’s important we spread the word and ask Council to put that event on so that we can start those conversations in our own community, to lead by actions. It would be really good to start this conversation and help lead our federal members when they go to Canberra to represent us,” said Mayor Regan. 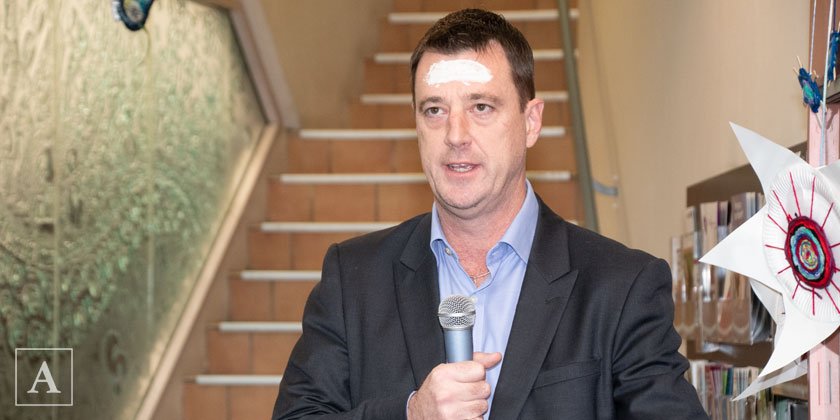 Asked what he was hoping such a forum would achieve, Mayor Regan (image above) said a forum on Aboriginal reconciliation would inform the debate around dates, constitutional recognition and the Uluru Statement from the Heart.

“What is it the Aboriginal people want us to lead them on? There’s a division sometimes amongst the Aboriginal communities whether we should have a treaty first, and then the Uluru Statement from the Heart being recognised. Or should we have constitutional recognition first?

“It’s up to us to empower our Federal MPs to go forward with this, to start the conversation. For us to listen, help inform, encourage and support.

“A forum allows us to start a conversation and start listening. I don’t have the answers. I don’t know what the right way forward is but I’m willing to have the conversation. If we do it now, there’s no emotion invested in arguments about a date,” said Mayor Regan. 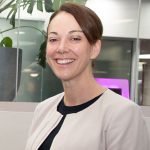 Federal Member for Mackellar Dr Sophie Scamps attended the NAIDOC event at Manly Library, saying she supported the idea of listening to the community on the issue.

“I think it’s very important that we listen to the people in our community and we genuinely represent them. There are lots of different voices, so we want to sit down and listen to people in the community as well,” said Dr Scamps. 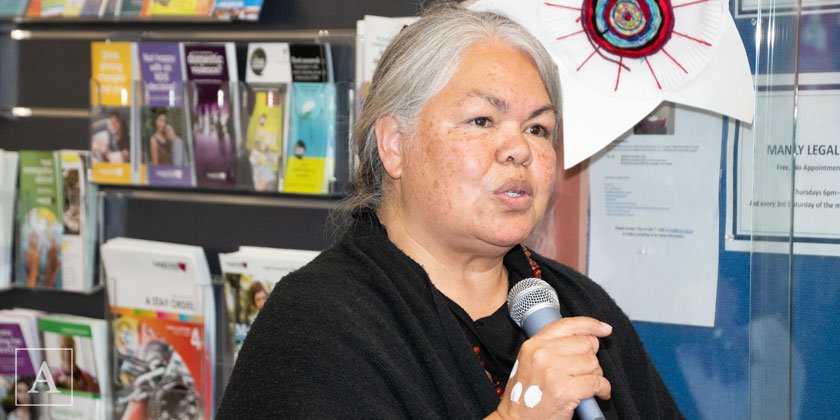 Gai-mariagal Festival Committee Chair Susan Moylan-Coombs (image above), who stood as an Independent candidate for Warringah in the 2019 election, said local First Nations People were ready for the conversation.

“It’s about opening up a dialogue, so everybody can have a voice, everyone can inform the conversation. People will agree and disagree, that’s okay. We don’t necessarily want to say, ‘this is the only pathway to take’. Even for us as First Nations People living here, we don’t all agree on the Uluru Statement. That’s okay.

“We all have our own opinions. What we don’t have is a good mechanism currently for us as First Nations People to be able to inform the debate, to bring experts in the field into this region and allow us as the residents who live here to either be a part of the conversation or to listen, and to be able to make up our own minds about the future and what that might look like.

“There are so many different ways that we can approach this, and it’s not for any of us to prescribe. With my background in broadcasting, you present the facts, you’re unbiased in that presentation and allow the audience to make up their minds. When we do that, you’re giving people a level of informed consent around the decision that they’re going to make.

“I’m supportive of Council to be brave and take this step. It’s about how we support the Council as community to frame this, and look at the timing, who we invite in that has expert knowledge. Then, from a very local level, invite residents to have an open conversation.

“From an initial forum, we can then do some workshops, it doesn’t have to be one-stop. It’s a process, a dialogue that can be ongoing, like Victoria is doing with their First Nations People. What are we doing?” asked Ms Moylan-Coombs.

Mayor Michael Regan said he is pushing for a forum to be held sooner rather than later, to get the conversation started but will need to clarify whether it requires a resolution of Council. As for Ms Moylan-Coombs?

“It can happen whenever we’re ready to organise it, and I think people are ready,” she said optimistically.