Roll up for basketball 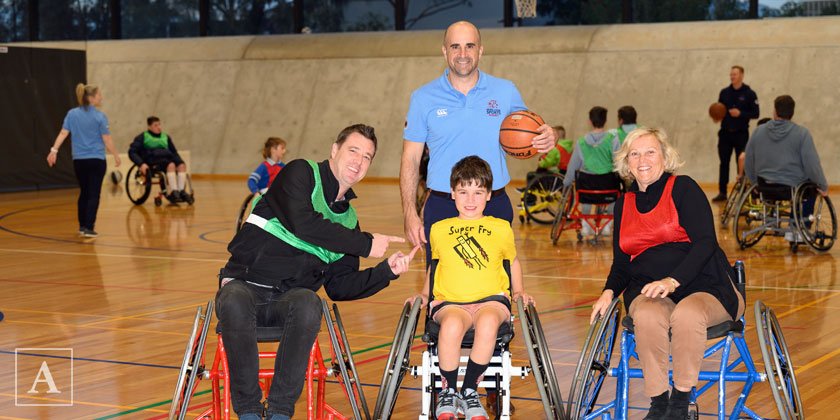 A wheelchair basketball competition has rolled in to the PCYC at Dee Why, thanks to a deal with Northern Beaches Council.

The first session of wheelchair basketball, hosted by Wheelchair Sports NSW/ACT, was held last Wednesday, 29 June, at the PCYC (Police Citizens Youth Clubs) at Dee Why.

The deal to secure a local wheelchair basketball competition was championed by Narrabeen ward Councillor Ruth Robins when she discovered local boy Rafferty Stevens was travelling to Dural, 36km north-west of Sydney, for a competition. 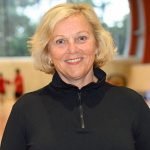 “About six weeks ago, I attended the children’s charity Variety inclusive sports day. They had wheelchair basketball and a whole range of activities. I saw a young ten-year-old, Rafferty, and I just started talking to him.

“He lives at Newport and goes to Avalon Primary School. He goes to Dural every Saturday to play basketball. He loves basketball. I didn’t understand why it was so far away. Rafferty’s mum Elisa gave me the phone number for the CEO of Wheelchair Sports NSW/ACT Mick Garnett and I called him to see what we could do on the Northern Beaches.

“Because of my community service background, I’m very passionate about inclusion. Mick [Garnett] said he wanted to get into the Northern Beaches. I am on the PCYC committee, so I looked at the schedule and there was a gap that was perfect, and now we have a permanent booking at the PCYC for wheelchair basketball,” said Cr Robins. 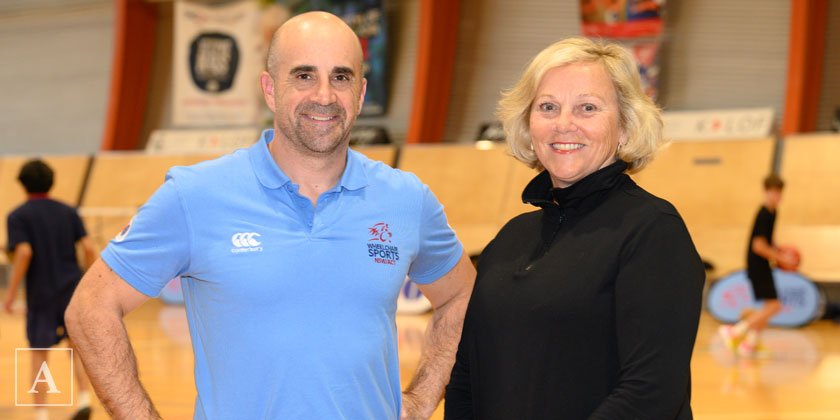 Wheelchair Sports NSW/ACT CEO Mick Garnett was pleased with the turnout of the first session and is keen for wheelchair basketball to build momentum on the Northern Beaches, saying the PCYC facility at Dee Why is well-suited to wheelchair sports, with full accessibility for disabled participants. “This is the first ‘come and try’ day, which is about getting the community in and around our sport. What we want to do is establish a weekly training session for wheelchair basketball on the Northern Beaches.

“We take all comers, anyone that wants to come rolling with us. The idea we talk about is reverse inclusion, which is people not living with disability being involved. That’s been a big part of wheelchair basketball since the beginning in Australia in 1961.

“It’s critical to us getting enough people playing. But why wouldn’t people with disabilities invite their friends and family? In any other sport, you would do that anyway. The wheelchair is a piece of sporting equipment,” explained Mr Garnett. 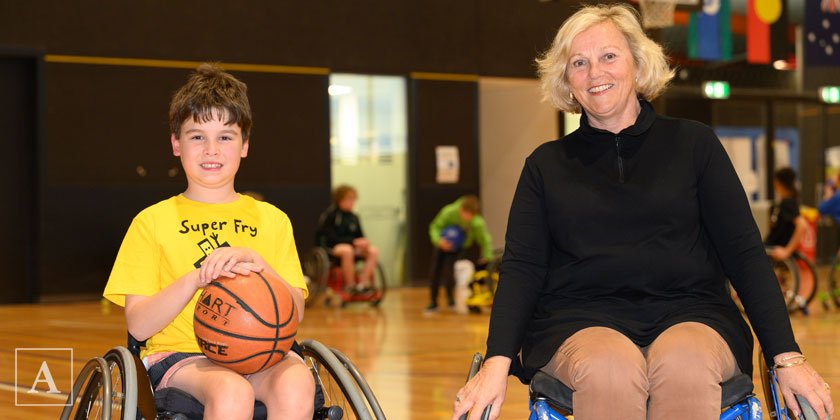 Cr Robins joined ten-year-old Rafferty Stevens for a training session, learning that bouncing a ball and wheeling a chair at the same time was an acquired skill.

Rafferty’s mother Elisa Spano said it was great there was a place her son and other disabled people could now participate in wheelchair basketball.

“He’s currently playing wheelchair basketball at Dural because there’s nothing closer. He also plays wheelchair tennis down at Collaroy, where they do a wonderful job.

“It’s really important to be local because pretty much all of the wheelchair sports we’ve done are at Homebush, Dural, Mount Druitt. The only local one is Collaroy with the tennis.

“Life’s busy when you’ve got a kid that needs certain therapies and going to the doctors. We travel to Westmead a lot to the Children’s Hospital. It’s actually a bit of a novelty to have something close,” laughed Ms Spano. 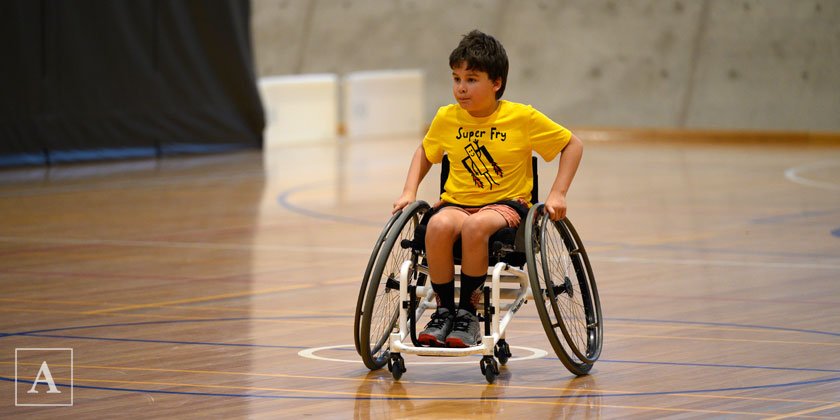 Ms Spano hopes enough people will choose to join a local competition to enable her son, and children like him, to continue to play sports on the Northern Beaches.

“Raff’s big brother plays wheelchair basketball with him and it’s a thing they can do together. Both the boys play in club challenges, which means they play against a lot of representative teams like the NSW team.

“They play with adults mainly. So we’ve often had to field extra adults in the team because you’ve got young kids playing against some pretty awesome athletes.

“Sport has been a massive part of his life and feeling like that there are other kids out there like him. He goes to Avalon Public School and they do a fantastic job at making sure he’s fully included, but he’s the only kid at his school in a wheelchair. It is good to hang out with people that have similar difficulties and just feel like you’re one of the gang,” shared Ms Spano. The first day of wheelchair basketball at the PCYC Dee Why was judged a big success by those present. Around 30 people took part in wheelchairs, with regular rollers such as Ilisoni ‘Soni’ Niukapu (image above) having somewhat of an advantage over the newcomers, including Northern Beaches Mayor Michael Regan (image below). 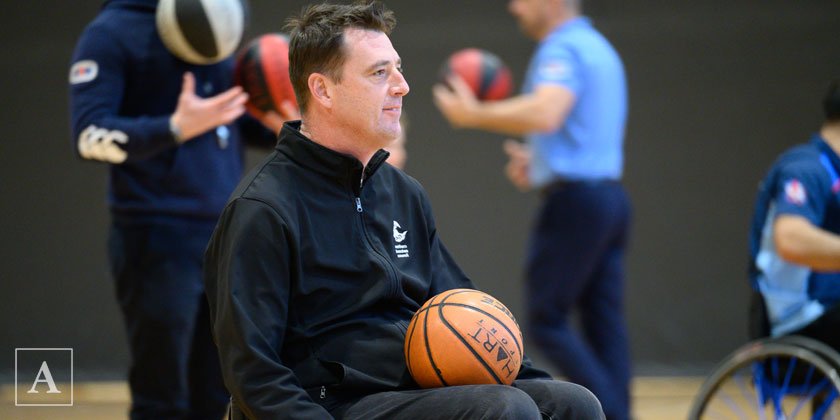 Wheelchair Sports NSW/ACT will be running weekly training sessions at the PCYC from the first week of school in Term 3 (recommencing 4.00pm Wednesday, 20 July). The sport is free to play and all participants are welcomed, to enable the continuation of the sport for disabled players. Wheelchairs will be supplied.

For more information, visit the Wheelchair Sports NSW/ACT website or roll up to the PCYC, 40 Kingsway, Dee Why, at 4.00pm Wednesday, 20 July.