The man who created the standards for noise levels in NSW says his career has been a series of odd jobs.

Writing a book about his life, Avalon Beach author Roger Treagus (image below) titled his book ‘Odd Jobs’ based on the interesting series of events he says began with his late mother, Norma Martyn.

“She was a travel journalist and a fashion expert. She was all sorts of things. I followed my mother and did what she did. We ended up in Britain back in the 1960s because she wanted me to get away from Australia, due to the fact that I might be called up for the Vietnam War.

“We emigrated to Britain, and through her BBC contacts I became a gardener at a stately home at Sherwood Forest and that’s where I started all these odd jobs.

“One of the things that she did was to do some industrial espionage in Britain on soft drink manufacturers. One particular manufacturer wanted to know what the other competitors were doing. We went around with a cover story that she was a journalist doing a story for soft drink distributing, and I was made to take all these covert photographs of their production line. We even had a getaway car supplied to us, it was a mini.

“After we were in Sherwood Forest for a while, my mother negotiated with a bus company to get us back to Australia from London. It was a free trip because she said she’d do a promo for them in her next book, which she did. So I was the official photographer for this bus.

“It was a tour bus and our driver had never been further east than Venice. We went through Turkey, Iran, Afghanistan, and Nepal through the Himalayas. There are some pictures of that journey in the book,” reminisced Mr Treagus. 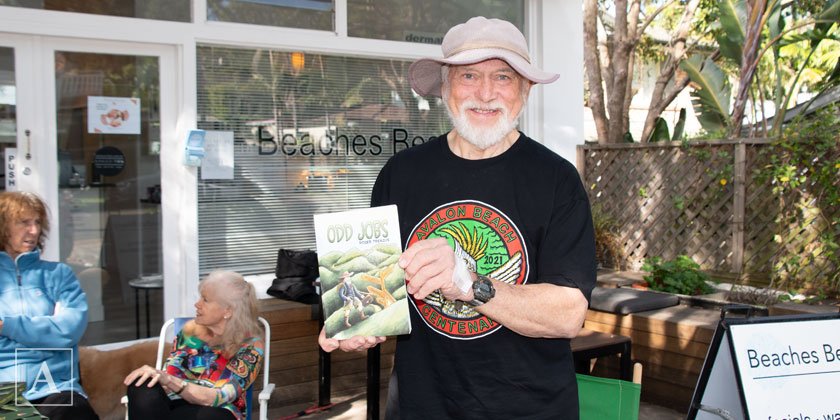 Once back in Australia, Roger Treagus found himself working in the public service while studying science at Macquarie University.

“They asked me how I’d like to work for the Department of Civil Aviation. They asked if I would like to become an auditor, and when I told them I didn’t have any accounting experience they told me not to worry about it. I audited all sorts of things because I learned it was about systems, not finances, about how to do things better.

“When I arrived at Macquarie in 1969/70, it had only just started. There was only one building and the University had tomato gardens around it. Now there’s a railway station there. It’s basically silicon valley now with all the high tech companies.

“One thing led to another and after I’d been an auditor for a time and done quite a lot of work on airports, I was asked by the Department of Transport if I would like to become the public face of a new idea. Sydney was going to get a second airport that was meant to be built by 1975. The Whitlam Government wanted it built at Galston Gorge,” recalled Mr Treagus.

After another overseas stint working in film and TV production in the Americas, Roger Treagus returned to Australia and qualified in noise science, working for the EPA (NSW Environment Protection Authority) setting noise standards.

“I got a job with the Environment Protection Authority as a noise regulator. I wrote all the current laws on noise levels for NSW, the laws we have now. All the noise laws that Northern Beaches Council have are my laws.

“I took them on once. Someone complained about the noise from the former Alfonso’s Café at Avalon. I wrote to [Northern Beaches] Council and told them they were misinterpreting the laws and should be looking at it more carefully,” explained Mr Treagus.

The full details of these and many other intriguing stories from Roger Treagus’ ‘kaleidoscope of experiences’ can be read in his published biography ‘Odd Jobs’, which is available from Amazon and Booktopia.