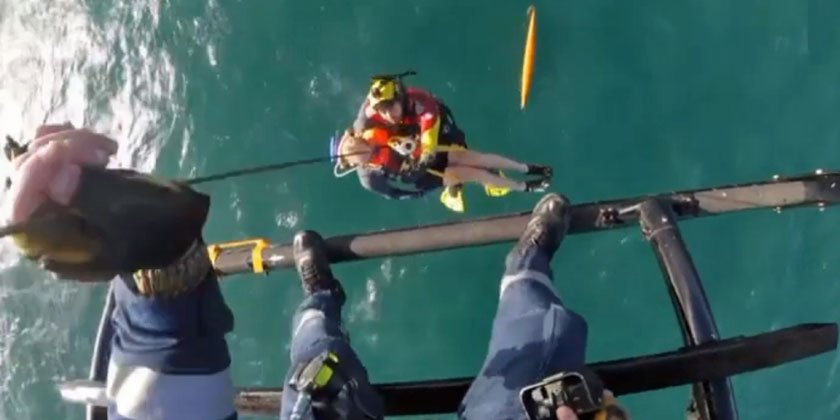 A kayaker was winched to safety from the ocean off Manly in a dramatic rescue yesterday.

A pair of male kayakers is understood to have set out from Balmoral early yesterday morning (Saturday, 18 June). During their journey, in large swell and strong winds, the men became separated. Experiencing extreme fatigue, one of the men called for emergency assistance using his Apple watch shortly after 9.00am.

NSW Police Marine Area Command commenced a search for the man in an orange kayak, calling in the assistance of Surf Life Saving NSW and the Westpac Life Saver Rescue Helicopter. Manly lifeguards launched an Inflatable Rescue Boat (IRB) and jet-ski to assist with the search for the man, and Freshwater Surf Life Saving Club reassigned two IRBs that had been training to assist with the search.

The Westpac Life Saver Rescue Helicopter located the man over 3km off North Head shortly before 9.30am. A rescuer was lowered into the ocean to recover the man, who was brought up to the helicopter by winch. His kayak was recovered by the Manly lifeguard IRB and brought back to Shelly Beach. 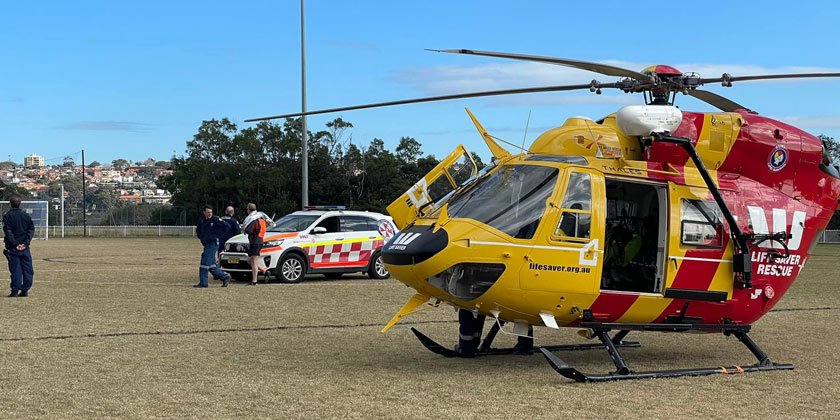 The Westpac Life Saver Rescue Helicopter landed with the man at Middle Head Oval near Balmoral just after 10.00am, where NSW Ambulance paramedics offered to assess him but he insisted he was uninjured and declined treatment.

Concern remained for the man’s companion and the search continued between North Head and Balmoral, joined by the NSW Toll Ambulance Rescue Helicopter. The search was called off when NSW Police were able to make contact with the man by phone, who informed them he had returned to land and was not in danger.

A hazardous surf warning was issued by The Bureau of Meteorology covering the Sydney coast for Saturday, with surf and swell conditions expected to be hazardous for coastal activities. NSW Police Marine Area Command advised people to stay out of the water while the warning was in effect.