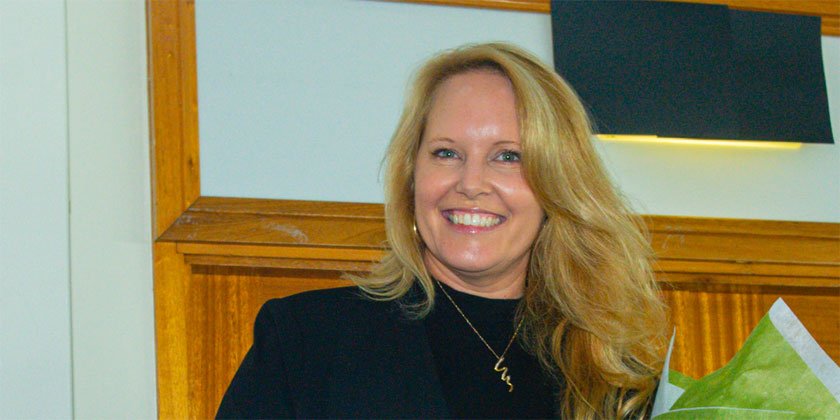 The 2022 Queen’s Birthday honours list for the Northern Beaches (in alphabetical order):

Mrs Joan BRATEL of Balgowlah
Medal of the Order of Australia (OAM)
For service to people with cerebral palsy.
Full award details.

“Congratulations to a much-loved member of the Cerebral Palsy Alliance family, Joan Bratel, who has been awarded an Order of Australia Medal in the 2022 Queen’s Birthday Honours List!

“The OAM for services to people with cerebral palsy is in recognition of a distinguished career in which Joan went above and beyond to support people with disabilities, their families and the wider community.

“Joining as a clinical psychologist in 1986, Joan’s incredible impact spanned client wellbeing, therapy, family support and much more in a 25-year career at CPA.

“Since retiring in 2021, Joan has become an active part of our volunteering team, supporting researchers from our CPA Research Institute. Well done on a richly deserved honour!” – Cerebral Palsy Alliance.

“It’s been a big week for one of our own at Terrey Hills. Receiving the National Emergency Medal and today, the Order of Australia Medal.

“Still to this day, responding to emergencies and being a fully committed member of the RFS and Terrey Hills Brigade, Brinky (as he’s affectionately known to our members) is a highly respected and decorated member of the NSW Rural Fire Service.

“As he continues this commitment to the local community, we would like to celebrate and thank ‘Brinky’ for all that he’s done and that he continues to do.” – NSW RFS Terrey Hills Brigade.

“Congratulations to our volunteer Group Captain, Scott Crosweller on being awarded the Australian Fire Service Medal (AFSM) as part of the Queen’s Birthday honours. A well-deserved honour for all the time Scott has given as a volunteer in the Northern Beaches Community for 37 years.” – Ingleside Rural Fire Brigade.

“Scott joined the Brigade in 1984 and as Captain was instrumental in securing the land for where our current station now sits upon.

Assistant Commissioner Brett Greentree is one of ten NSW Police Force officers awarded an Australian Police Medal (APM) in recognition of their dedication and service as part of the Queen’s Birthday 2022 honours.

NSW Police Commissioner Karen Webb congratulated the APM recipients, many of whose professional experiences have focused on improving outcomes for our most vulnerable communities.

“Not only is the award a special honour, but it also recognises the valuable contribution these officers make to their community each and every day.

“Policing is a unique career, which exposes us to the best and worst of humanity and the APM is recognition of selfless duty to serving and protecting the community.

“On behalf of the organisation, I want to join the families and friends of today’s recipients, to thank them for their dedicated service,” said Commissioner Webb.

Deputy Premier and Minister for Police Paul Toole praised the APM recipients for their ongoing commitment to the policing profession and serving their communities.

“With 313 years of combined service, it’s clear that these officers have dedicated their careers to protecting the people of NSW.

“This important recognition serves as a thank you, not just from their colleagues and the communities they serve so diligently, but also the entire state,” said Minister Toole.

Mrs Lynleigh Dawn GREIG of Elanora Heights (main image)
Medal of the Order of Australia (OAM)
For service to wildlife conservation.
Full award details, including:
2021 Pittwater Woman of the Year.

“Congratulations to our Sydney Wildlife Rescue volunteer Lynleigh Greig on her Order of Australia (OAM) in the General Division for Service to Wildlife Conservation. This is such well-deserved recognition for Lynleigh’s tireless efforts for our organisation and our wildlife.” – Sydney Wildlife (Sydney Metropolitan Wildlife Services).

Ms Janet Helen JUDD of Narrabeen
Medal of the Order of Australia (OAM)
For service to conservation and the environment.
Full award details.

Mr Barry Martin LAMBERT of Collaroy
Member of the Order of Australia (AM)
For significant service to cannabinoid medical research, to business, and to charitable organisations.
Full award details.

Mr John McCONAGHY of Avalon Beach
Member of the Order of Australia (AM)
For significant service to the yacht manufacturing sector.
Full award details.

Dr John Huston STEWART of Balgowlah
Member of the Order of Australia (AM)
For significant service to medicine as a nephrologist.
Full award details.

Dr Daniel John WHITE of Narrabeen
Medal of the Order of Australia (OAM)
For service to education.
Full award details.

The full honours list can be searched at the Department of the Prime Minister and Cabinet website.