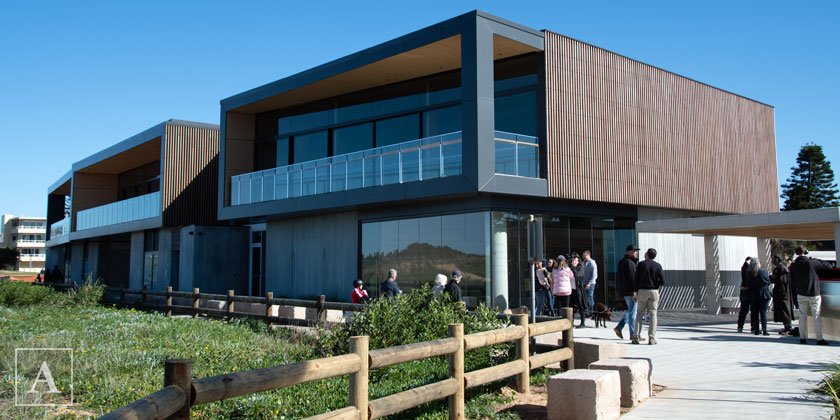 At a gala ceremony yesterday morning (Saturday, 04 June) around 80 dignitaries and Surf Life Saving Club (SLSC) members gathered for the official opening of Mona Vale Surf Club, which has been completely rebuilt from the ground up. 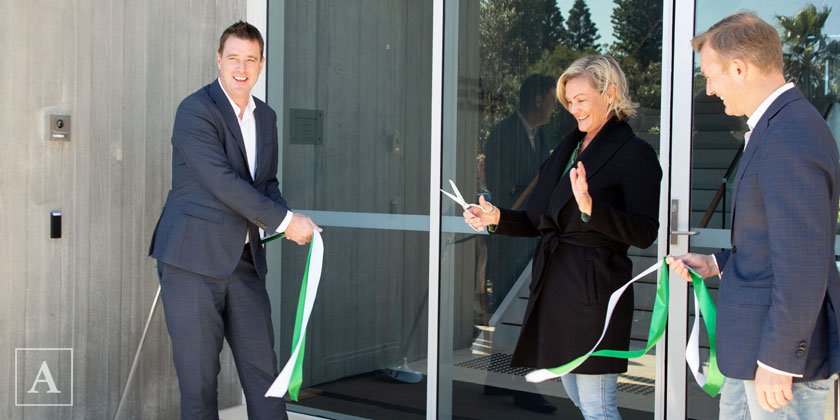 Ms Tocquer expressed she was delighted with the finished project, saying the new building was ‘amazing’ and should help bring more members to the club. 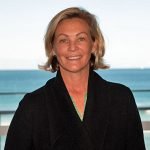 “I’m over the moon, it’s such a long process to get here and quite exhausting to be honest. When you put your heart and soul into something, it’s such a big reward at the end. I can’t wait for people to come here and use it and love it too.

“There’s a lot of interest in membership from a social aspect, hopefully that social aspect will drive interest in the active part of the club to get them onto the beach and keep the community safe. We’re hoping to open the bar Thursdays, Fridays, Saturdays and Sundays, we’ll see how that goes through the winter months,” she said. 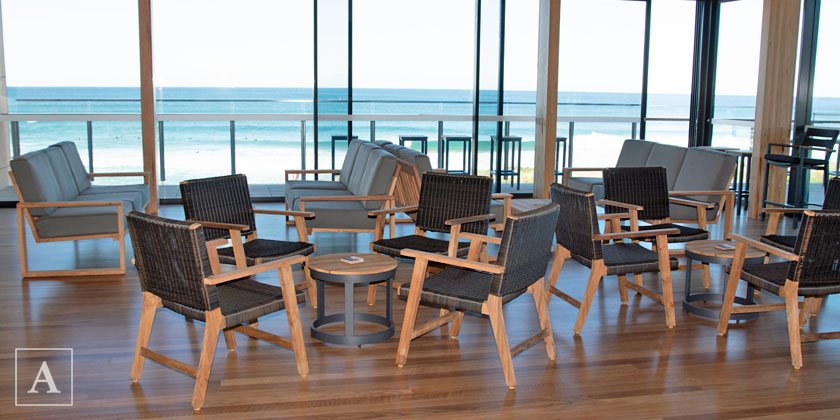 Although Mona Vale SLSC will be the custodians of the building, Ms Tocquer was clear the building will serve the community more broadly, and is designed to be self-funding through a café and restaurant.

“The café and the restaurant will start their fit outs from next week and they expect to open in spring. We already have weekly ongoing bookings for yoga, dance classes and other community groups, plus we’ve had 137 inquiries for bookings for weddings and parties,” said Ms Tocquer. Surf Life Saving NSW CEO Steven Pearce, who attended the reopening of Queenscliff SLSC only three days prior, was also on hand for the opening of Mona Vale and said the club represented the future of surf life saving. 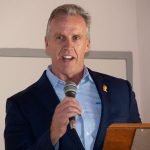 “With the size of the infrastructure, this would be the largest surf club in NSW at the moment. It’s an amazing facility, this is just phenomenal, and very shortly we will have Long Reef opened up as well. We are doing a really big rebuild right up and down the NSW coast but that’s predicated on government funding, and government’s been really supportive of us the last five years with the funding for capital facilities.

“With the Council under the stewardship of Ray Brownlee as the CEO and Michael Regan as the Mayor, they are just magnificent supporters of surf life saving. The Northern Beaches Council are one of the most supportive councils in NSW. With 21 surf clubs in their patch, they have the largest amount of surf clubs in their stewardship,” said Mr Pearce. 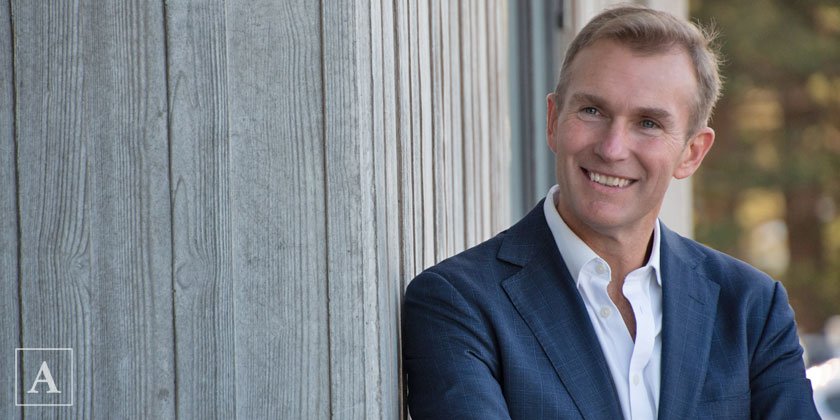 Pittwater MP Rob Stokes said the new building was the culmination of a 15 year journey to replace the old and outdated club building.

“As I look around the crowd here, this is your club. You did this. You did this collectively. I think it was 15 years ago, Alan Mason came and talked to me about the need to get a new club for the 100th anniversary of Mona Vale Surf Life Saving Club.

“I remember thinking, how on earth are we going to do that? The scale of capital that was required and the scale of vision that was required to do it seemed almost insurmountable, but a whole series of people who are here today, and some who are not, have been part of the journey to the success that we are celebrating.

“This has been the result of so many individuals working together. There should be a great lesson in this for emerging nippers and for young people in the community to see what is possible when a group of like-minded, committed and talented people have a shared vision and set about achieving it,” said Minister Stokes. 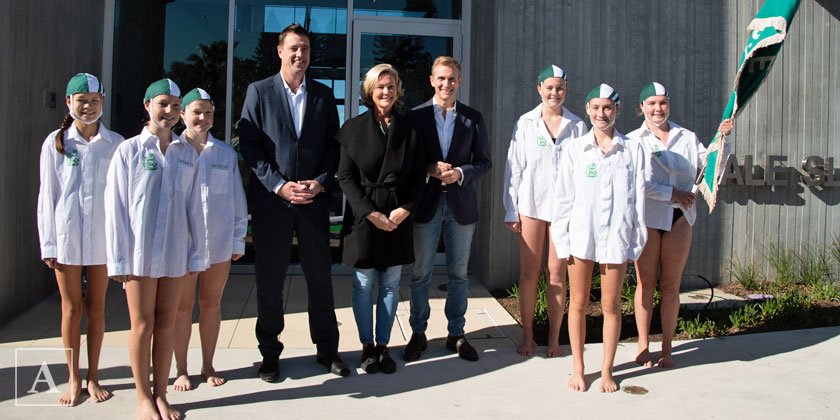 Minister Stokes also paid tribute to the legacy of the club for its centenary year, but revealed the history of the club pre-dated the current organisation.

“There was actually a surf club here, but the members of that early club went to World War One and none of them came home, so the club folded and it had to be recreated. This is a testament to a whole lot of history and a whole lot of layers of history.

“It’s an enormously special building to us, but to previous generations and future generations, it’s a place that’s special in space, but also in time. What we’re celebrating here is something really profound. I just want to say from the bottom of my heart, thank you to everyone who has been involved and this is now ours to look after for future generations,” said Minister Stokes. 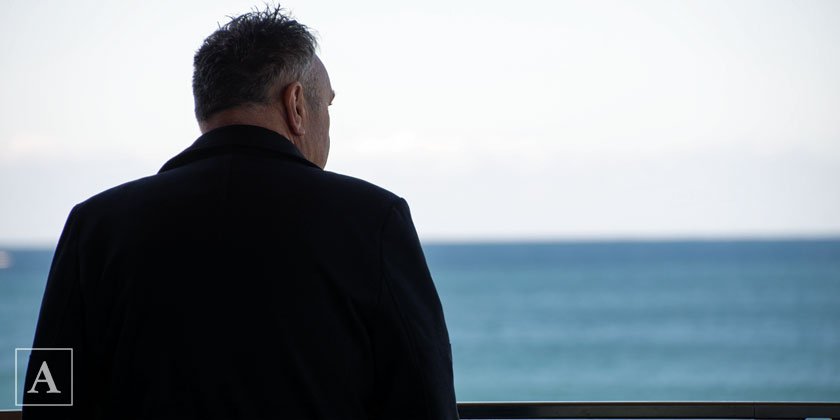 Northern Beaches Mayor Michael Regan said he was enormously proud of the Council team under the leadership of CEO Ray Brownlee (image above), who had delivered the new surf club building under trying circumstances. 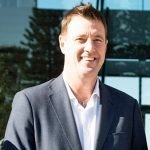 “We set about a program and we recruited a CEO who shared a similar vision about investment in assets and community. We sat down with Surf Life Saving and thought about how we prioritise getting these right and getting this done, and how we could work with our state and federal members about how we could do this better.

“When we all work together, this is the result. Down at Long Reef, we have another one under construction. At Manly, we’ve got money set aside and we’ve just done some great works to finish off Queenscliff Surf Club. It’s about continual investment back into our community,” said Mayor Regan. 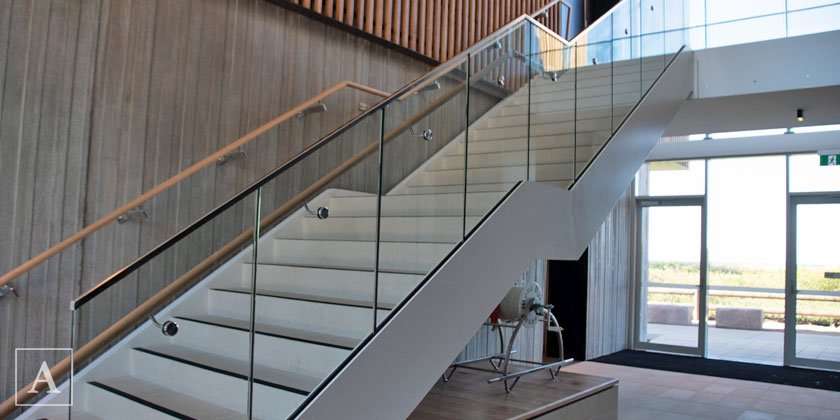 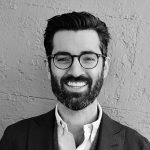 Warren and Mahoney Lead Architect Rodrigo Castro-Peñalva, who is originally from Seville, Spain, said it was a pleasure to be part of a quintessentially Australian project and to attend the official opening.

“As someone coming from Spain, I have been here for seven years. Being involved with this project, the Northern Beaches community, and part of the wider Australian beach culture has been a privilege.

“I am aware there are people who have been here for a very long time and they haven’t had this opportunity. Working on a quintessentially Australian piece of architecture like this, for me has been amazing,” said Mr Castro-Peñalva. 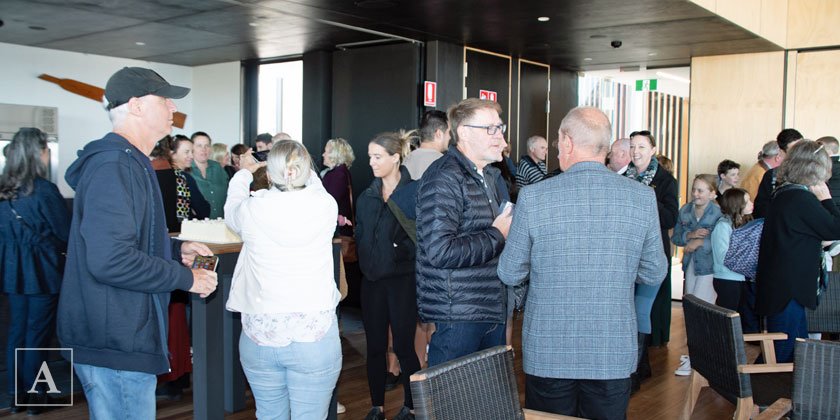 According to Northern Beaches Council, the project, including the new club house and amenities block, has cost $10m, an increase from the original estimate of $7.3m, with delays caused by cost of material increases and lockdowns as a result of COVID-19 and bad weather over the past six months.

Despite the cost overrun, the end result was universally praised by those present as a worthwhile investment in a community asset. Club members were seen beaming with pride at the quality of the new surf club building. 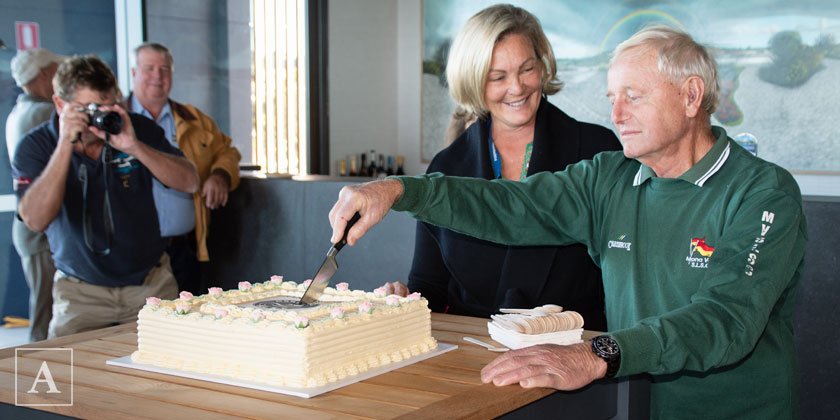 President Paula Tocquer cut the celebratory cake with one of the club’s longest-serving members, 78-year-old Chris Boss who joined in 1959, saying she was hopeful the new facilities will encourage more members of the community to join Mona Vale SLSC.