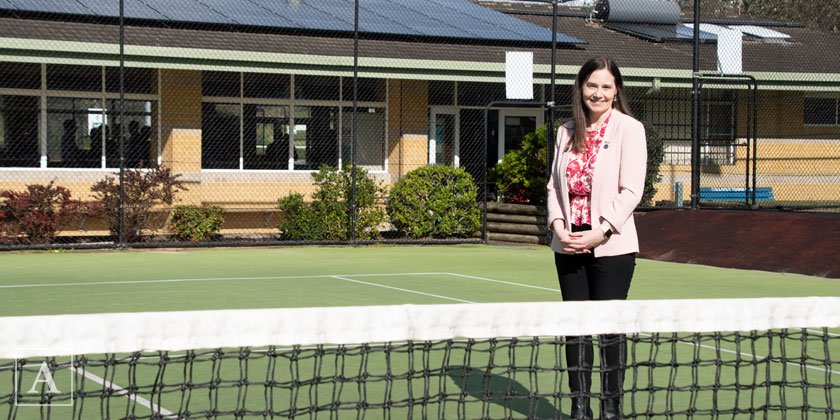 President of Tennis NSW Melissa Achten (main image) was on hand to mark the special occasion (1922-2022) with Northern Beaches Mayor Michael Regan, Club President Vito Cincinnato and around thirty members of the club on Wednesday morning, 25 May. 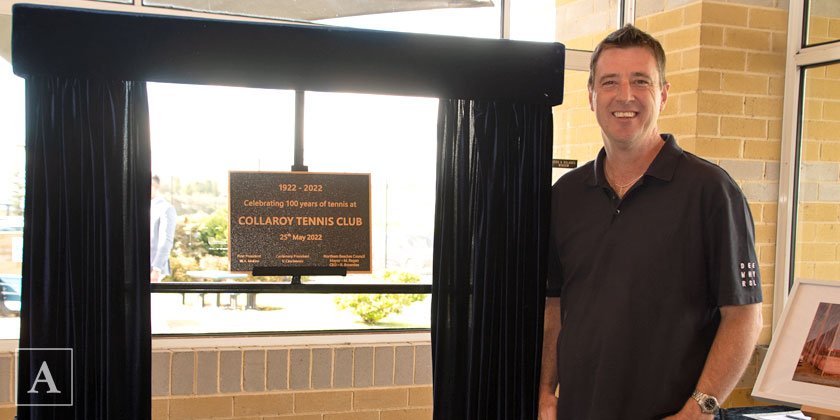 Mayor Michael Regan, who attended despite being on leave, unveiled the centenary plaque (image above) and said he was not going to miss the occasion even if he had to drive back down the coast to be at the 100-year celebration.

“I’m very grateful to be here and to make time to come down and do this. I am underdressed because I’m actually on holidays. My sister flew in from another country called Western Australia. We are having a family get-together at Caves Beach.

“This is a great community club, it’s been here 100 years, which is phenomenal. The fact that it’s the most outstanding club, probably in the country, not just NSW, is testament to the members, just an amazing group of locals who care and give back.

“Thank you for what you do and making this a very inclusive club, with 50 percent membership men and women. It’s no surprise that women feel confident to come to the sport when there’s a club like this, which is so inclusive and welcoming,” said Mayor Regan.

President of Tennis NSW Melissa Achten presented Collaroy Tennis Club with a Centenary Award and thanked the volunteers that made it possible.

“Volunteerism is what tennis is built on, and the importance of volunteers in our sport is so vital. Tennis is a community and it’s very important that we all respect and build on that.

“Collaroy won Tennis Club of the Year last year because of the work they do in being sustainable, working with our staff, working with the community and making it a community asset,” said Ms Achten. 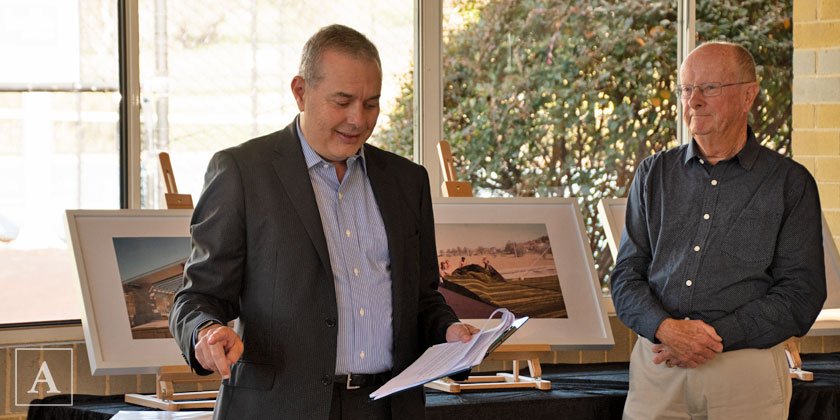 Club President Vito Cincinnato (image above, left) and Life Member Bob Silversides (image above, right) gave speeches recounting the history of the club, recalling the contribution of members and some tough times.

“We were the first club in the Northern Beaches to have a cushioned acrylic hard court specially constructed in 2018 to enable access by wheelchair players. Paula Gibson Roy now regularly coaches wheelchair players from ‘Sargood on Collaroy’, which offers specialist accommodation for people with spinal cord injuries. It is inspiring to watch them play with such determination and obvious enjoyment.

“As far as we’re aware, Collaroy Tennis Club is currently the only tennis club in NSW to have installed both solar panels and batteries, and with LED lights and poles also installed this year, we are now the brightest and greenest tennis complex in the state.

“As the level of participation increases, it brings more variety, fun, friendships, diversity and inclusiveness to our Club. Players are smiling and it really is just an exciting time to be at the Club as we continue to create a base on which to build our future over the next 100 years,” shared Mr Cincinnato.

“In the late 1970s, the club’s management committee made the decision to expand the complex to six synthetic grass courts with a new amenities building.

“Many club members assisted with working bees during the construction, and the six courts with lights were completed towards the end of 1981. When we poured the concrete slab for the amenities building, the club was issued with an injunction from the NSW Land and Environment Court lodged by eight local residents.

“That meant a delay of six years. In the meantime, the tennis players had a work shed for amenities, with a small window and a sink. We had a shipping container for the coach and tools used for court maintenance.

“The toilet facilities, which none of us will ever forget, were portaloos. We all had young families and the kids were running around with a massive pile of steel on the slab. Following all the court appearances, the building finally opened in 1988.

“From then on the complex has operated very successfully, and over the years has brought much joy and fellowship to many members and their families, which I’m sure will continue into the future,” reminisced Mr Silversides. 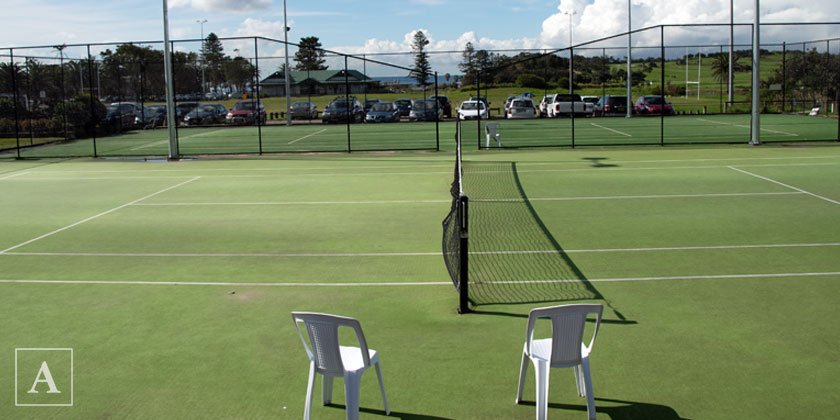 The Collaroy Tennis Club is a six court centre with ocean views located at Griffith Park, Anzac Avenue, Collaroy. It has over 56k visits per year, with membership growing to over 200 members during COVID. The club won best metropolitan club in NSW in 2021 and has recently implemented a renewable energy system with solar, LED lighting and batteries. Membership applications to the club are currently open.