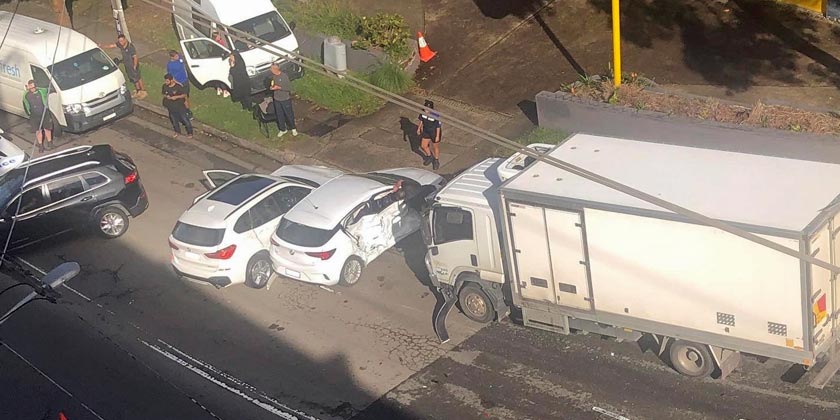 NSW Police are investigating the cause of a truck collision that trapped a woman in her car.

Just after 9.30am this morning (Thursday, 05 May) emergency services were called to a report of a truck colliding with multiple vehicles at Roger Street, Brookvale, near Old Pittwater Road.

Attending the incident scene were officers from Northern Beaches Police Area Command, three NSW Ambulance crews, including an Inspector and Intensive Care paramedics, and firefighters from Dee Why and Narrabeen Stations, including Narrabeen’s specialist rescue crew.

As firefighters established fire protection at the scene of the collision, paramedics assessed a total of nine people who were involved, including three children.

One older female driver was trapped in one of the vehicles, which had sustained side impact damage from the collision with the Isuzu truck. She was released from her vehicle by firefighters, who removed the door from her car.

NSW Ambulance Inspector Charnan Kurth said it was a fortunate outcome given the serious collision and potential for injury. 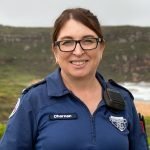 “Paramedics were confronted with a complicated scene on arrival. This had the potential to be far worse. One patient was initially trapped, with the assistance of other emergency services we were able to safely extricate the patient and provide ongoing treatment.

“Paramedics along with our NSW Fire and Rescue colleagues did an outstanding job treating multiple patients on a very busy road. We encourage motorists to drive with caution, especially in peak hour,” said Insp Kurth.

NSW Police officers at the scene spoke with the 49-year-old male driver of the truck, which was travelling south from Beacon Hill Road when it collided with the cars. Vehicles over 3 tonnes gross vehicle mass are not permitted on the notoriously steep road. A NSW Police spokesperson confirmed they are investigating the incident.

“About 9.30am this morning, an Isuzu truck was travelling south on Beacon Hill Road, Brookvale, when it was involved in a multi-vehicle collision at the intersection of Old Pittwater Road. Nine occupants from the vehicles were assessed by paramedics, with two taken to hospital for treatment of minor injuries.

“The truck driver, a 49-year-old man, was uninjured. The truck has been issued a defect notice. Investigations into the circumstance surrounding the crash continue,” said the NSW Police spokesperson. 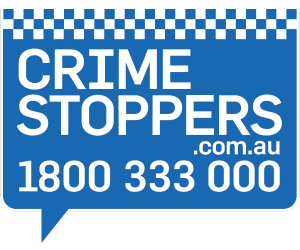