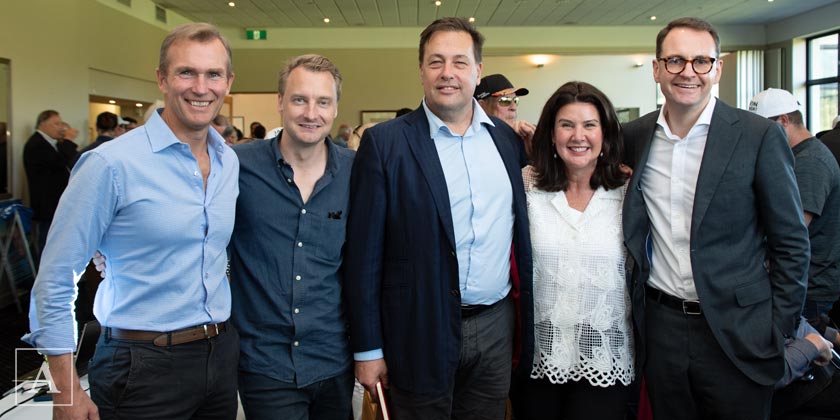 Northern Beaches Liberals came together yesterday to launch their election campaign for Mackellar.

Member for Mackellar Jason Falinski MP kicked off his campaign for re-election yesterday afternoon (Sunday, 01 May) at Cromer Golf Club, with the support of fellow parliamentarians and over 200 hundred Liberal Party members and supporters.

Coming from Victoria to support Mr Falinski, Senator Jane Hume (image above) said she valued Mr Falinski’s intellect and took a swipe at his Independent challenger.

“Not only does he have a brain the size of a planet, not only is he one of the hardest workers in Parliament, he has delivered so many parliamentary reports into things that are really important. The one that I’ve been looking at recently has been on housing affordability, which is so fundamental.

“The thing I like most about him is he argues with me all the time. I don’t think I’ve ever put a policy out there that Jason hasn’t shot down in a heartbeat, built back up again, reframed it and moved forward.

“The Independents can’t deliver that. They have the hubris to think that they know best. A political party is the filter for the best ideas and Jason Falinski is one of the best filters that there is. I am really looking forward to working with him in the next term of Parliament. There is nobody that works harder,” said Senator Hume. 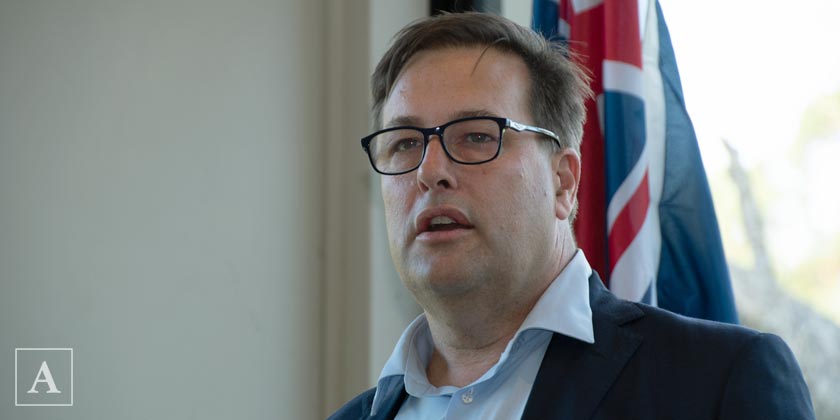 Addressing the gathered crowd, Mr Falinski thanked so many people for turning up, joking that he had expected some to attend a rock concert held by Independent challenger Dr Sophie Scamps at the same time as the Liberal campaign launch.

“I know many of you would prefer to be listening to Lime Cordiale, but I’m glad that you see me as alternative entertainment. We are here today because we face a choice at this election. It is a choice between freedom and more government control. We’ve seen this story played out many times. This one is using more money, new packaging and different tactics, but it’s the same policy with the same results.

“We believe firmly our rights belong to us, because they were imbued to us from the very beginning. Big government means disempowered individuals, societies and communities. Empowered citizens means empowered communities, and means that you only need small governments.

“We don’t need a poll to know this. Many of us in this room have seen it, we’ve lived it, we’ve felt it, and therefore we know it. We’ve seen it with people who came here from authoritarian and oppressive regimes. They knew that to survive, you had to pretend that a lie was true. They wanted to live in a society where you could believe in the truth and live by the truth,” said Mr Falinski. 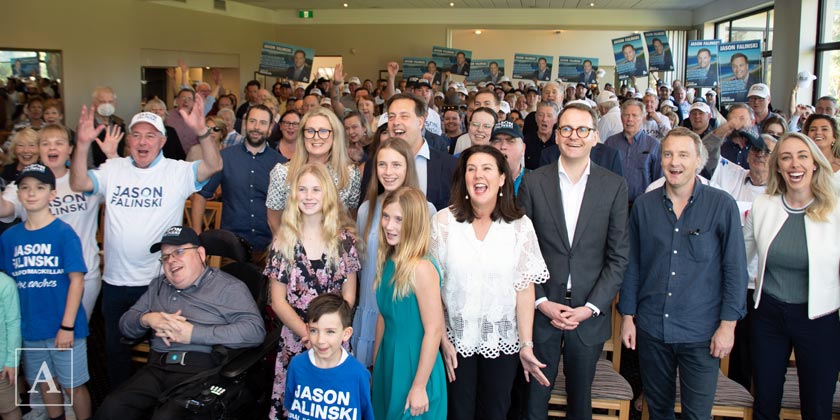 “We talk about the importance of net zero, not just because it reduces carbon emissions, but because it provides future economic opportunities. It reduces the threats that we face from national security, meaning we will have to rely less on overseas oil and gas because our vehicles will run on electricity and hydrogen.

“These are the things that make a difference. Whereas our opponents, when Zali Steggall talks about protecting and conserving the environment, her campaign took a $100k donation from a coal mine that used to be owned by Eddie Obeid. When she talks about integrity, her campaign then hid that money. Gladys Berejiklian stood down as Premier because she was having a consensual relationship that she did not disclose.

“At the last election, one of Zali Steggall’s campaign workers stabbed a Liberal volunteer with a corkscrew and was charged and convicted with two counts of assault. Is this what integrity will mean in the future?

The violent incident referred to by Mr Falinski occurred at Forestville RSL Club on Friday, 22 April, when a man, who had claimed to be a ‘campaign worker’ to various people at the event, reportedly ‘lunged’ towards Ms Deves and became involved in a scuffle with two of her companions who intercepted him.

NSW Police have charged the man with assault and he is summonsed to appear at Manly Local Court on 25 May. Dr Scamps refused to comment on the man’s connection to her campaign at the time, but it is understood his status as a volunteer with the campaign was terminated as a result of a breach of the campaign’s code of conduct.