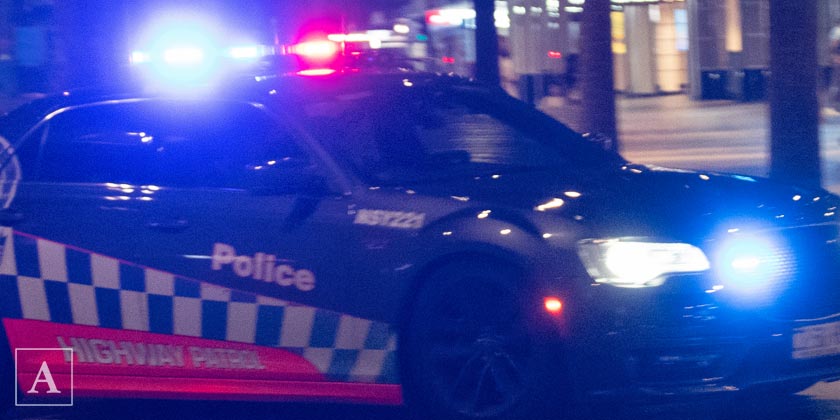 A high-speed car crash on the M1 unravelled a crime spree that started at Warriewood and ended after a dramatic manhunt.

The crime spree began at Warriewood on Friday morning (29 April) when a 31-year-old man allegedly breached an Apprehended Violence Order (AVO) and assaulted a 30-year-old woman, before stealing a vehicle that was later involved in a high-speed crash on the M1 Motorway near Lake Macquarie.

Emergency services were called to the Motorway at Cooranbong shortly before 11.00pm Friday night, after a Toyota RAV4 heading south allegedly hit the rear of a Mitsubishi Triton ute at high speed. The force of the impact drove the ute into trees on the median strip, trapping the 31-year-old male driver.

Members of the public and officers from Lake Macquarie Police District were first on scene to render assistance, releasing the trapped driver of the ute. He was assessed by NSW Ambulance paramedics at the scene and did not require transport to hospital.

The Toyota RAV4, which had been reported stolen from Warriewood earlier in the day, was being driven by a 31-year-old man who had allegedly been involved in a domestic violence incident which had resulted in the hospitalisation of a 30-year-old Warriewood woman. Police allege the man left the scene of the collision at the M1 Motorway and was unable to be found, despite a search by a Police Dog Unit.

Southbound traffic on the M1 Motorway was disrupted for more than two hours while the two vehicles involved in the crash were recovered, with the stolen Toyota RAV4 towed for forensic examination.

An overnight search for the driver of the RAV4 was unsuccessful until around 7.00am Saturday, 30 April. A 52-year-old woman driving a Mazda2 reported she had been stopped by a man standing on the roadway not far from the crash scene.

The man allegedly used a metal pole to smash her windscreen, and the female driver managed to accelerate away before alerting police. She and one passenger, her 17-year-old daughter, were shaken but uninjured.

Officers from Lake Macquarie Police District attended the scene and arrested a 31-year-old man nearby a short time later. The man was taken to Toronto Police Station where he was charged with 13 offences:

The domestic violence charges relate to the alleged breach of an Apprehended Violence Order and assault of the 30-year-old Warriewood woman on Friday morning, which resulted in her being taken to Northern Beaches Hospital for treatment. She has since been released from hospital.

The 31-year-old man from Umina Beach has been refused bail to appear in Newcastle Bail Court today (Sunday, 01 May).