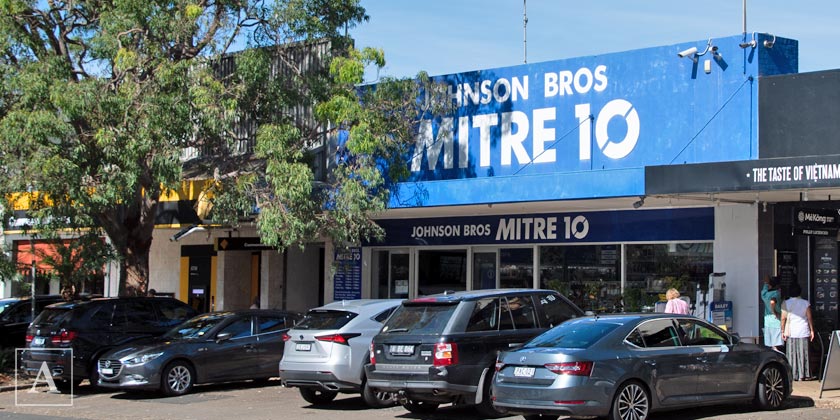 The Johnson Bros Mitre 10 hardware business, with stores at Avalon Beach and Mona Vale, is a local institution and much-loved by do-it-yourself (DIY) residents.

Its success is due both to its longevity and to the fact it is a family business, founded by brothers John and Bob Johnson in 1955, and these days, run by John’s sons, daughters and grandchildren.

He recounts how his family first moved to the Northern Beaches in the 1950s when his Dad John and his Uncle Bob were young men, building their own homes on the peninsula and running the hardware business at Avalon Beach from 1957.

“It was pretty basic in those days, just screws and nails and oxide cement; it was a tiny store,” recalled Robert.

Avalon Beach was going through its first boom, with the original simple fibro cottages being replaced with brick and tile houses. The Johnson family boomed along with it.

“We roamed pretty freely. Dad and Uncle Bob both had ten children, so it was busy,” said Robert.

Listen to the full interview below with Robert Johnson and find out how his family weathered bushfires and floods before expanding the business to Mona Vale in 1989.

The Johnson Bros journey is the fifth episode of The Avalon Story, an intriguing series celebrating the centenary of the founding of Avalon Beach.