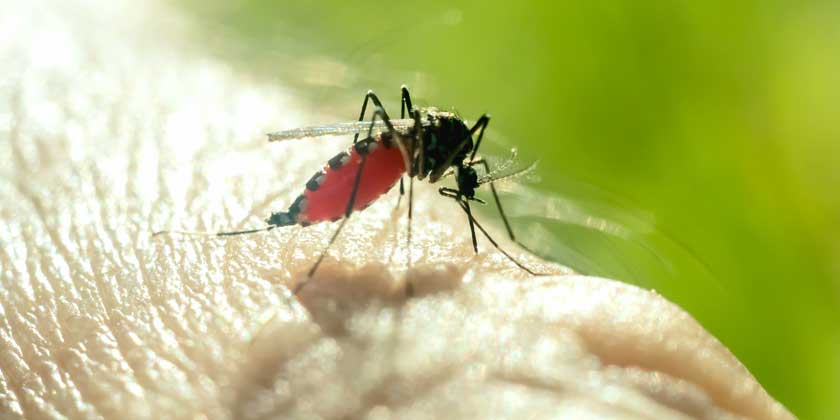 The wet summer weather has boosted mosquito numbers being caught in traps.

Northern Beaches Council has issued a reminder for residents to take precautions to avoid being bitten by mosquitoes after a number of pathogens were detected in mosquitoes trapped last year.

The Northern Beaches participates in the NSW Government Arbovirus Surveillance and Mosquito Monitoring Program, which traps mosquitoes. The program monitors for a number of harmful pathogens, such as Ross River virus, Barmah Forest virus, Stratford virus and Edge Hill virus, all of which have previously been detected in trapped mosquitoes.

Mosquito monitoring is currently being undertaken at Warriewood Wetlands and Deep Creek near the Narrabeen Lagoon trail. Traps are set and monitored weekly between November and the end of April.

In December and January, weekly mosquito counts have been between medium (50-100 per trap) and high (101-1000 per trap) with numbers expected to stay at high levels due to weather conditions causing good mosquito breeding conditions.

Fortunately, the two species most commonly associated with transmission of viral infections, like Ross River virus or Barmah Forest virus, have been present on the Northern Beaches in lower numbers than previous seasons.

Northern Beaches Mayor Michael Regan said it was the third year Council has participated in the program.

“Mosquitoes are a nuisance, but unfortunately, we have to live with them and there are some environments on the Beaches which are more prone to them. While nothing sinister has been reported in the trappings in the last few months, the numbers are up on previous years due to increased rain this summer as a result of La Niña.

“While the counts have been high, these numbers have mostly been nuisance biters and not species that usually transmit viral infections. Please remain vigilant in areas of concern around our wetlands and bushland habitats by wearing appropriate clothing to minimise skin exposure, use mosquito repellent and be aware that mosquito peak times are dawn and dusk.

“Also be aware of removing optimal breeding areas in your backyard including water-holding items like containers, kids toys and even pot-plant trays,” said Mayor Regan.

The Northern Beaches Council has a Mosquito Management Plan and NSW Health has more information on managing hazards associated with mosquitoes. The results of the mosquito monitoring are updated weekly.