New Councillor Michael Gencher says his priority will be focusing on connecting Council with the community.

Standing in the Pittwater ward as part of Mayor Michael Regan’s Your Northern Beaches Independent Team (YNBIT), Cr Gencher said the gravity of the role became clear when he was sworn into office at the first meeting of the new Council on 29 December 2021.

“It’s that idea of being the voice for the community. In the last two weeks, the number of people that have reached out to me has just been incredible, not overwhelming. It’s incredible that people are concerned enough that they’re reaching out to the new guy.

“They’re looking for somebody who listens. At this point, I just want to match expectations in terms of broadly what people think that their local Councillor is supposed to do.

“The example I remember is pre-amalgamation. We had nine Councillors you knew who to speak to, you knew you were comfortable with, you had their number, you saw them in the street, you could talk about things that were happening. That has disappeared, we now contact customer service at Council, and we may be put in touch with a Councillor or we may not.

“Broadly, I see that role as being that link, that person in the community who we can go to, understanding that I don’t solve all the problems but I understand the system within Council to find the most efficient, effective way of coming to a solution,” said Cr Gencher.

Cr Gencher said he was motivated to run for Council by his experience working with community issues as a Vice President of Mona Vale Surf Life Saving Club. 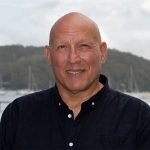 “What really drove me was having an understanding of community and the surf club is a great slice of community. You’ve got members from five years old to quite elderly and we come from all different walks of life.

“It is a wonderful little look at what your community looks like. You get a good understanding of the conversations, the thoughts, the issues, the concerns. I thought really Pittwater is just a much bigger surf club. That’s what it is, it’s people from the community.

“Surf clubs are full of people who care about the community, you don’t give that kind of service to the community unless you care about it. Everyone has their own motivations but there is mutual benefit from being engaged and being a part of it.

“I saw that is what I could do at a larger level, is serve the community, and achieve some of those things that are frustrating to all of us.

“I’d like to be in the policy space, the strategy space most of the time and thinking ahead, but so much of the work is just putting out the fires, and those fires will continue to burn unless we’re forward-thinking.

“I’ve always been very good at putting out the fires, but making sure that we’re planning that we don’t have another one. I think we’ve spent a lot of time in that space where we’re just living and going over the same problems over and over. It’s the definition of insanity,” said Cr Gencher.

Asked if there was one key achievement by the end of his first term, Cr Gencher said he wanted an informed and engaged community relationship with Council.

“LEPs, DCPs and community safety are big things but the one thing I would be happy at the end of this term is to walk away saying we have an informed community who knows how to engage with Council and to get things done because at the moment it’s very clunky.

Cr Michael Gencher is one of three Councillors elected to represent the Pittwater ward on Northern Beaches Council. He can be contacted via email at [email protected]