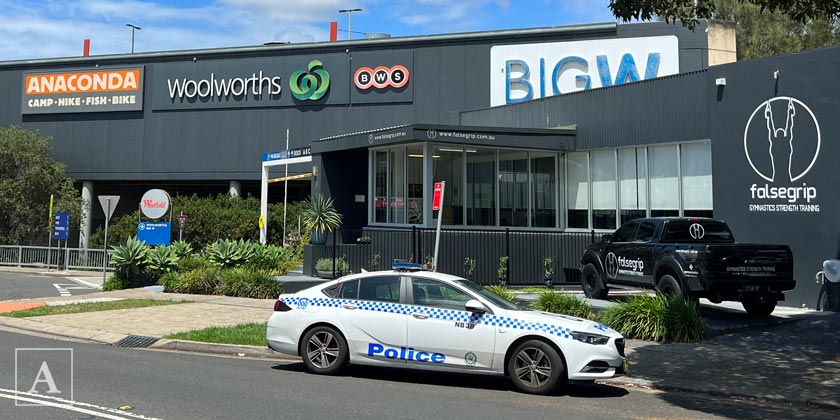 A dramatic manhunt for an axe-wielding assailant at Brookvale has ended with the arrest of a man at Allambie Heights.

Just before 10.00am this morning (Wednesday, 12 January) NSW Police were called to a report of an assault at Pittwater Road, Brookvale. It is understood a man allegedly attempted to leave a hardware store without paying for a trolley full of tools and became involved in an altercation.

NSW Police issued a statement just before 11.00am describing the man and warning he not be approached.

“A police operation is underway to locate a man reportedly armed with a small axe who was seen in the Pittwater Road area near the Warringah shopping precinct a short time ago.

“The man is described as being of Caucasian appearance, about 183cm, with a thin build, last seen wearing a black t-shirt with a red and white logo, cream shorts, black shoes and wearing a dark green face mask.

“Officers from Northern Beaches Police Area Command are searching the area assisted by the Dog Unit and PolAir 4. Anyone who sights a man matching this description should call Triple Zero (000). Do not approach,” warned the statement issued via social media. 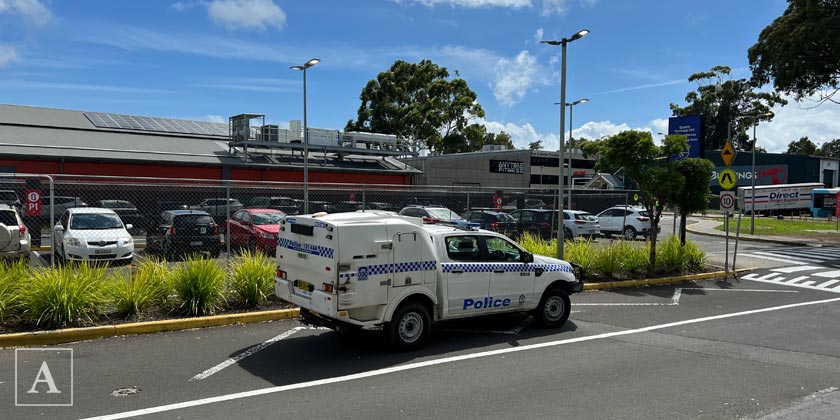 A man matching the description was seen in the vicinity of Cross Street, Brookvale, by members of the public. It was reported that shortly after, a man allegedly became involved in an altercation with a delivery driver at Warringah Mall, before fleeing after bystanders became involved.

The NSW Police helicopter joined the search for the man, broadcasting a message over loudspeakers advising members of the public about the police operation, giving a description of the man and warning he not be approached. 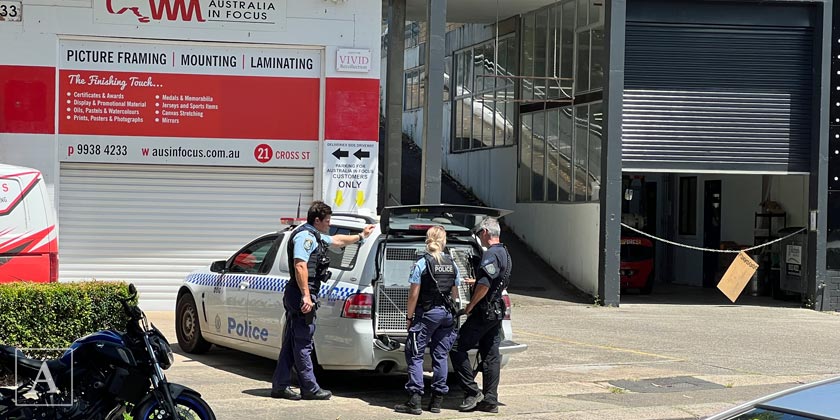 The NSW Police Dog Unit was called in to assist in the search, which had moved into the Brookvale industrial area at Old Pittwater Road behind Warringah Mall. Workplaces in the area were reportedly locked down for safety.

The man appears to have attempted to evade police by moving into Allenby Park, making his way through bushland toward Allambie Heights. The police helicopter was making a thorough search of the area from overhead.

Sightings of the man resumed in the vicinity of Anzio Avenue, Allambie Heights, with police reporting the suspect was taken into custody just after 11.30am at Normandy Road, Allambie Heights.

Anyone with information about this incident should contact Crime Stoppers on 1800 333 000.