New Council rubbish bins were installed this week directly in front of the memorial bench for 18-year-old Stuart Kelly. Stuart was the younger brother of Thomas Kelly, who was killed in 2012 in an unprovoked attack at Kings Cross. Stuart’s subsequent death was the inspiration for the Stay Kind initiative.

The placement of the bins obscures the view of the beach for anyone sitting at the bench, and impairs the view of those at the nearby memorial tables, dedicated to Gloria Carroll who was a member of the Buckettes women’s swim group, and 24-year-old Adam Sheffield who was killed in a car crash in 2016.

On Thursday morning, as passers-by remarked on the placement of the new bins, Adam Sheffield’s mother Averill Mclean spoke to Council waste collectors who were inspecting the new bin enclosures. They offered a sincere apology to Ms Mclean but said, ‘nobody listens to us’ when asked if the bins could be moved.

Ms Mclean said she was dismayed when she saw where the bins had been placed, directly in front of Stuart Kelly’s memorial bench. 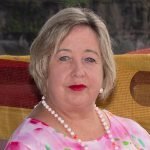 “I was devastated. People like sitting on Stuart’s bench and reflecting. A lot of beautiful moments happen at this corner. Where these bins are put, in summertime, it’s just going to be absolutely absurd. It’s going to be overflowing with dirty nappies and poo bags and all the rest of it. It’s just horrible.

“Not only that, it’s just disrespectful to do it in front of someone’s memorial chair, and you’re taking away a million dollar view. We have people taking lots of photographs, that’s advertising for Mona Vale. This is disgraceful and it’s not even sensible.

“I actually met Kathy Kelly [Stuart Kelly’s mother] two weeks ago at the gathering for The Compassionate Friends and I said to her, ‘I’ll look after your boys chair’ because she lives in Berry. So when there’s an anniversary I put flowers at the table for Adam, but I’ll do the same for Stuart now,” said Ms Mclean.

Councillor Rory Amon, who is campaigning for re-election in Pittwater, left the polling booth to join Ms Mclean at Mona Vale Beach on Thursday morning and reassured her the bins would be moved. 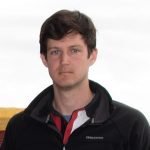 “I think we’ve just got to move them as soon as possible. It’s just absurd. It’s insensitive, it’s inappropriate, but I think it’s a mistake. I don’t think it’s deliberate but it’s got to be fixed.

“I remember when Stuart passed, it was actually my birthday and it was something that was quite moving and upsetting at the time. I remember meeting Kathy [Kelly] a couple of years ago through a council fundraising event and we had a talk. We’ve got to treat these things seriously. They’re not just pieces of metal on chairs, they actually mean a lot to a lot of people in different ways,” said Cr Amon.

Cr Amon informed Ms Mclean that he had spoken with Northern Beaches Council CEO Ray Brownlee on Thursday morning and had been assured the matter would be immediately looked at and the bins moved to a new location.

The solution is not difficult according to Ms Mclean. The bins need to be moved a few metres away, back from the fence line where they would no longer be blocking the view but still be easily accessible. Council waste collectors noted her suggestion would also make the bins easier to collect.

The intervention by Cr Amon appeared to generate swift results, with the bins removed by Thursday afternoon. Ms Mclean expressed gratitude on behalf of the memory of Adam and Stuart but considered it a win for commonsense and the whole community, saying it was a positive outcome for everybody.

A Northern Beaches Council spokesperson responded to inquiries late Thursday, saying the placement of the bins in that location was an error, although they did not indicate where the bins would now be relocated. There was also no indication as to how the error had been made, who was responsible or the cost.