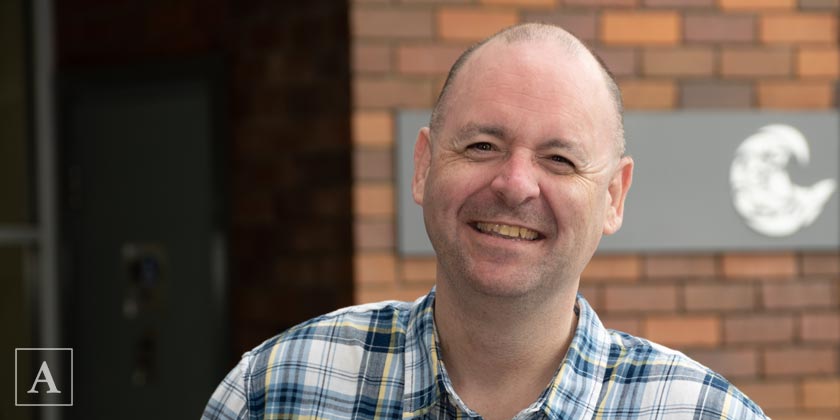 Independent candidate for Narrabeen ward Vincent De Luca OAM says he is seeking a fourth term on Council to ensure risks of over-development are managed and Council services are improved.

Councillor De Luca, who was first elected to Warringah Council in 2008, has become popular with members of the community but a thorn in the side of consecutive Council administrations, often asking specific and difficult questions at Council meetings.

He feels his ability to turn over rocks and ask awkward questions is a reflection of his experience as a lawyer and time working in community services and government.

“I’ve been a solicitor, worked with the Attorney General’s department and I’ve served in Parliament as an advisor. I’ve balanced that with community work at the same time, I was the President of Curl Curl Youth and Community Centre for nearly two decades.

“Also, my aim is to raise money for causes including women’s refuges and safe houses, and cancer research and supporting cancer patients. I’ve been a cancer patient myself. I’m also a voluntary director of a sporting organisation,” said Cr De Luca.

Cr De Luca feels the promised benefits of the amalgamation have not been realised, with savings and improvements in services not delivered.

“When Michael Reagan spent $500k of Warringah ratepayers money to campaign for the mass amalgamation of the three councils, he said that unless all three councils were amalgamated, rates would go up, public land would be sold, and services would go down.

“Unfortunately that has occurred, rates have gone up by $30m, our rubbish fees have gone up as well, and services have definitely diminished. As a Councillor, it’s been pretty important to try and ensure services,” said Cr De Luca. Cr De Luca said he was pleased with the ability to increase Council’s focus on youth crime and mental health.

“Coming from a youth worker/social worker background, we’ve had to work very hard because our area has experienced a huge increase in gang crime and drug and alcohol abuse. Sadly, we’ve also had a significant increase in suicide.

“Some of us have gone to the National Suicide Prevention Conference and we’ve introduced policies that are addressing our younger people, and indeed those older people who are also contemplating suicide. We’ve made it less of a stigma.

“With gang violence, we have run a successful campaign to preserve Mona Vale Police Station, but also ensure that the Police Commissioner intervened, particularly after the Warriewood attack on the Police Inspector and the gang attack at Newport Beach, and numerous attacks on children across the Northern Beaches to ensure greater police presence north of the Narrabeen bridge,” said Cr De Luca.

The implementation of the housing strategy and development planning controls is a key concern for Cr De Luca in the next term of Council.

“I think the next challenge of Council will certainly be the housing strategy, which I voted against. It’s the housing strategy that sets the destiny of our environment as well as our development targets. We’ve got the LEP [Local Environment Plan] coming up as well. We’ve got to be vigilant to stop over-development and those documents could actually facilitate that if they’re not written in certain ways,” explained Cr De Luca. 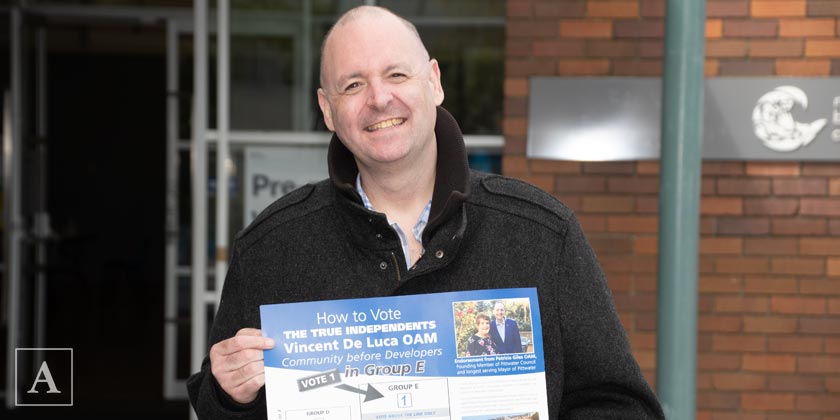 According to Cr De Luca the restrictions imposed on the Local Government Election by COVID-19 has made it harder for independent candidates to campaign and be elected.

“It’s exceptionally hard. I don’t have major resources and unfortunately the system has been changed by the government in such a way that the safety of independent candidates is actually at risk.

“The minister changed the legislation, whereby you can’t have a PO Box on your authorising material and you’ve got to have a street address. When I questioned that with the Office of Local Government, they said, ‘just hire a hot desk.’ Few people have the money to actually hire a hot desk.

“I’m concerned about the safety of candidates, particularly female candidates who didn’t have the money to either rent a hot desk or aren’t working. I’ve been able to rent a hot desk and others have as well. What about those people who haven’t been able to, and they’ve had to put their home address?

“In my lifetime as a public figure, I’ve received heaps of death threats. You just never know what can happen if someone gets your home address. So that’s been one of the biggest barriers.

“I think this is not an election for the people. We have been prevented from handing out how to vote cards, which will definitely have an adverse effect. So it’s definitely a difficult election and it’s going to be hard for people to know who to vote for, because they won’t have the information on all candidates.

“A lot of people have said to me that they don’t even know that there’s an election on. Most people wouldn’t know that postal votes closed on 29 November.

“The other concerning issue too is that usually nursing homes are declared institutions, so people can vote from there. This time they’re not having declared institutions. So I feel for those that would have had the opportunity to vote if the institutions were properly declared and the Electoral Commission would go to them to take their votes. Most of those people now won’t even bother to vote.

“In all my years in government and standing for office, I think it’s probably the worst election for democracy. It’s actually an insult to democracy that people don’t have the information they need, and some will be disenfranchised and not able to vote,” said Cr De Luca.

Cr Vincent De Luca is standing for the Narrabeen ward and is Group E on the ballot paper.

The Local Government Election is being held on Saturday, 04 December. Voting at pre-poll locations is available 9.00am – 5.00pm, Monday – Saturday, from Monday, 22 November until Friday, 03 December.