Update:  8.20pm Tuesday, 23 November, NSW Police have reported the young woman has been found safe and well at Frenchs Forest about 7.20pm this evening.

Northern Beaches Police have appealed for public assistance to locate a missing woman last seen at Bilgola Plateau, almost a month ago. 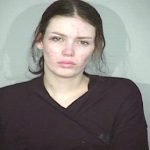 Around 3.00pm Sunday, 21 November, she contacted a family member by phone but further attempts to contact her have been unsuccessful.

Officers from Northern Beaches Police Area Command were contacted and commenced an investigation into her whereabouts, with family and police holding concerns for her welfare.

Ms Burfitt-Williams is described as being of Caucasian appearance, about 170 cm tall, thin build, with long brown hair and brown eyes. It is not known what she was wearing when last seen.

She frequents areas including Frenchs Forest, North Shore and the Sydney CBD, and is also known to travel on the rail network.

Anyone with information about Ms Burfitt-Williams whereabouts is urged to contact Crime Stoppers on 1800 333 000.