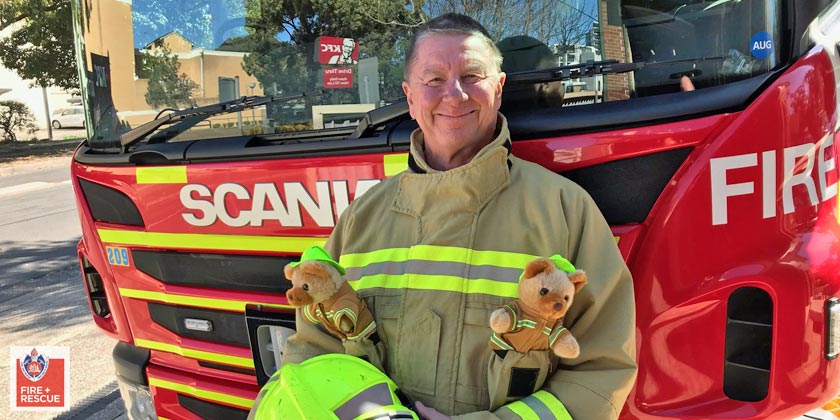 After more than four decades protecting the community, Dee Why Fire Station celebrated the retirement of Matthew ‘The Wedge’ Richmond this week.

After 43 years and 7 months serving as a firefighter, the last 27 of which have been on the Northern Beaches, Mr Richmond rolled up the hose for a final time on Monday, 18 October, helping to extinguish a house fire at Narraweena on his final shift.

Throughout his career, Mr Richmond has served all over Sydney, starting in 1978 at Stanmore Fire Station, which has now been decommissioned but at the time was the oldest continuously operating fire station in Sydney.

Iain Davison, a firefighting colleague of Mr Richmond from B Platoon at Dee Why Fire Station, wrote this fitting farewell to Matt ‘The Wedge’ Richmond. 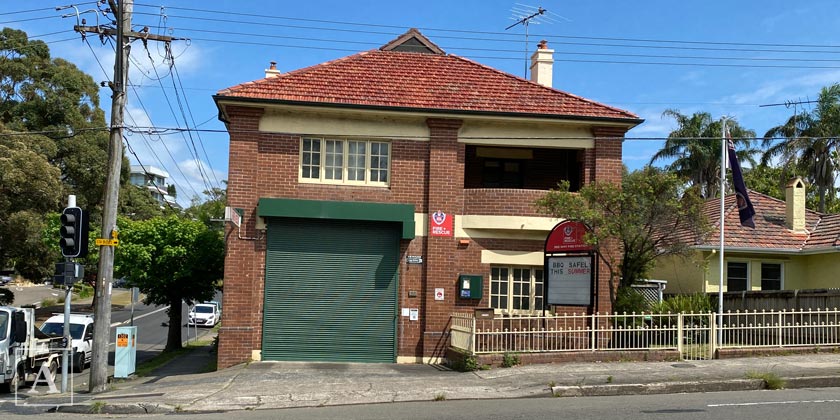 Monday, 18 October 2021, marks the occasion that Fire and Rescue NSW saw off one of its finest. Senior Firefighter Matthew ‘The Wedge’ Richmond worked his final shift, marking 43 stellar years keeping our community safe. 42 of those years were spent as a Relieving Firefighter (RF) serving the greater Sydney area, with the last 27 years stationed on the Northern Beaches.

Matt recalls going on annual leave sometime in the 1970s only to arrive back at Stanmore Station (No. 7, now decommissioned) to be told, ‘Son, you are now a reliever’, to which Matt said, ‘Great, what’s that?’.

It is believed that he holds the record as the longest serving RF, seeing off multiple Commissioners during his time. This is a fact that he is quite rightly proud of, often telling other long-serving RFs that they have got years to go and that they are so new that their ‘names are barely dry in the books’.

Straight from high school, Matt spent 18 months stacking bricks at the brick works, after which he believed he could do anything and after that ‘anything’ would have to be better.

Full of bravado, Matt with his flowing long locks was walking past the City of Sydney Station and went in to chat to the Station Officer. The Station Officer told Matt they were not recruiting and he would need a haircut to even be considered, to which Matt replied, ‘I’d get a haircut right now if that’s what is required’. From that day he never looked back.

Matt’s firefighting career started with the St Peters Wool Store fire and finished 43 years later with a small house fire on his last shift. His overriding drive each day was to help make bad situations better. For that, all of Sydney, and the people of the Northern Beaches in particular, thank him.

Matt always arrives at the Fire Station with a smile brimming from ear to ear. His youthful exuberance for his profession knows no bounds, it is a wonder that he is retiring at all, as he is still as fit as a mallee bull. Matt and his wife Julie are keen travellers. They are looking forward to spending time visiting their grandkids in far north Queensland and watching them grow.