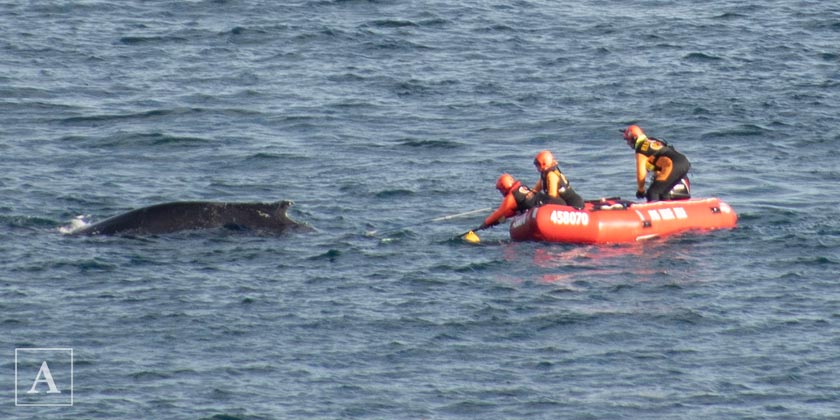 A juvenile humpback whale caught in a shark net at Whale Beach was freed just before darkness fell yesterday.

Shortly before 3.00pm yesterday afternoon (Saturday, 16 October) a surfer reported the entangled whale to surf lifesavers patrolling at Whale Beach. According to reports, the person had initially tried to assist the whale from the ropes but raised the alarm with the beach patrol when they realised the whale was seriously entangled.

Surf Life Saving NSW sent out an Inflatable Rescue Boat (IRB) and jet-ski to confirm the condition of the whale and establish an exclusion zone. They also contacted the Organisation for the Rescue and Research of Cetaceans in Australia (ORRCA) and NSW Police Marine Area Command, who sent a police boat to the scene. 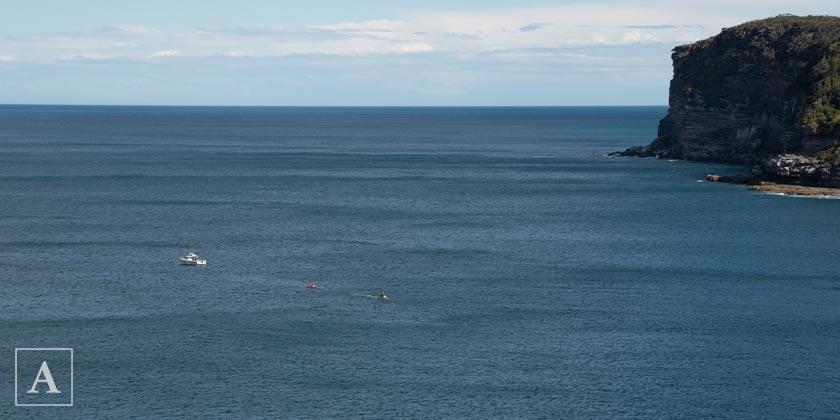 After being contacted by ORRCA, a specialist whale disentanglement team was dispatched to Whale Beach by NSW National Parks and Wildlife Service (NPWS) arriving shortly after 5.00pm. The team of three NPWS officers made their way to the distressed whale approximately 400-500m from the beach, using an IRB they brought with them.

A number of people had gathered on the beach and nearby headland to watch the unfolding drama, including network TV crews and the representatives of various wildlife organisations including ORRCA, Living Ocean, and Humane Society International Australia.

Informed onlookers said the whale was likely to be a juvenile based on size, but also because the mother was not in the immediate vicinity. Had the trapped whale been an infant, the mother would have been nearby, and this whale appeared to be alone for most of the duration of the incident. A NPWS spokesperson subsequently confirmed the whale was a juvenile humpback. 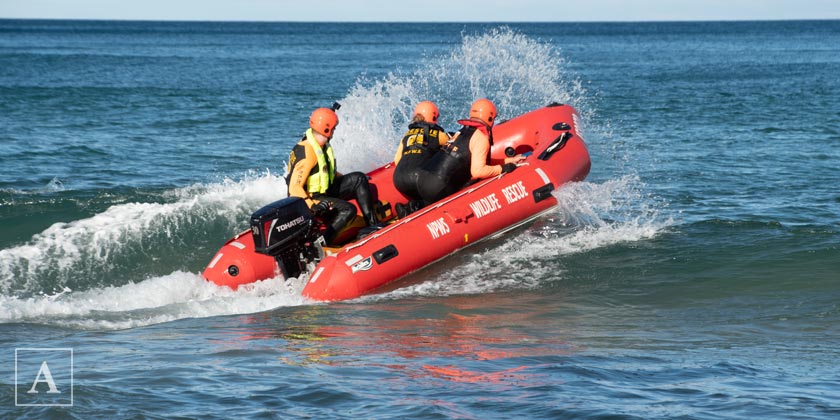 The specialist disentanglement team made cautious and slow progress untangling the whale. They painstakingly approached the whale as it surfaced, and then with equipment mounted on poles, carefully cut away the net that had the whale trapped before withdrawing again as the whale became agitated.

Following the arrival of a Marine Rescue NSW vessel to maintain the exclusion zone, the water police left the scene around 5.40pm. Concerns began to mount onshore that the NPWS team would not be able to complete the task before nightfall, which would force an end to all activity to save the whale before morning.

Fearing the worst, Jools Farrell from ORRCA noted the team had attached a marker buoy to the whale, which would ‘slow it down’ and make the exact location of the whale easier to determine. 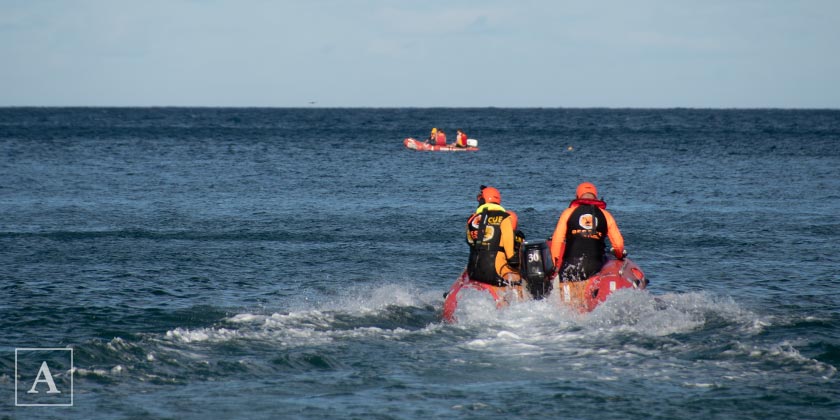 At 7.10pm as the NPWS team arrived back at the beach, a cheer went up as they announced they had managed to cut the whale free at about 6.45pm. According to NPWS team leader Luke McSweeney, as soon as the last rope was cut, the whale dived out of sight and swam away.

“It went down and then it didn’t come back up. We thought it was going to come up for breath within about 10 to 15 minutes but it just didn’t resurface. 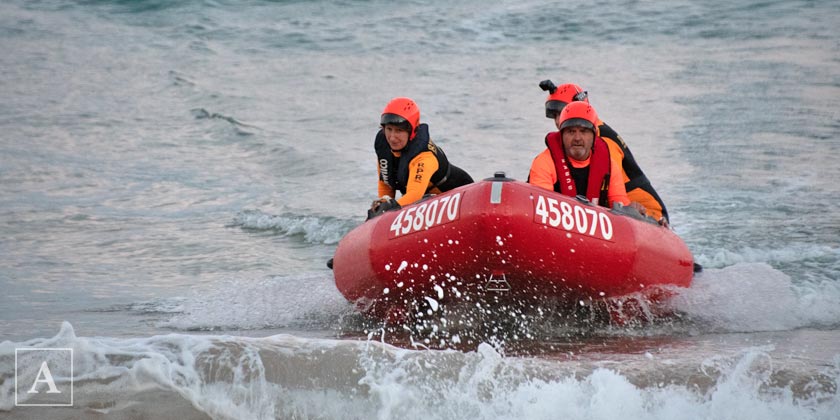 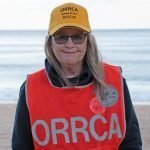 Despite the successful outcome, concerns were raised onshore about the recent decision to maintain shark nets at beaches. Vice President of ORRCA Jools Farrell said that shark nets should be reconsidered during whale migrations.

“If the shark nets do have to stay in, they should not be in during the whale migration north and south, they should be taken out and left out. There is a lot more technology that can be used besides shark nets. The bycatch for shark nets is horrific. Sharks can go under, over, around the nets, they don’t cover the whole beach,” said Ms Farrell. 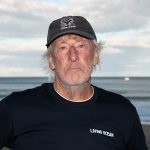 “It’s the biggest placebo you’ve ever seen that’s totally useless. They just need to get rid of them as soon as possible. The science shows that they don’t work.

“It’s a joke, and to put them up now, right in the middle of the southern migration where the humpback mothers and calves travel down the coast close inshore, right through where all the nets are, is folly on an epic scale,” said Mr Luscombe-Newman.

Asked about the recent decision by the State Government to retain shark nets after Northern Beaches Council had asked for them to be removed, Mr Luscombe-Newman was forthright.

“Somebody in State Government needs to get their arse kicked because to do it now, there’s hardly anyone swimming, it’s not summer. There’s hardly anybody in the water. It’s only surfers in wetsuits who are going to go out anyway, when they know what they’re doing,” said Mr Luscombe-Newman. 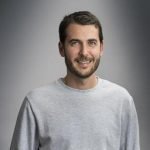 “What a lot of people might not realise is that the nets are not complete barriers, they are only about 150m long and 6m high and sharks swim over and around them. The technology is nearly 100 years old, we would never accept safety technology that old in any other facet of our lives, why should ocean safety be any different?” asked Mr Chlebeck.

Coincidentally, yesterday morning around 11.00am, surf lifesavers called on NSW Police Marine Area Command to assist with the release of a 3m pregnant bronze whaler shark that had become entangled in a shark net at Mona Vale Beach. 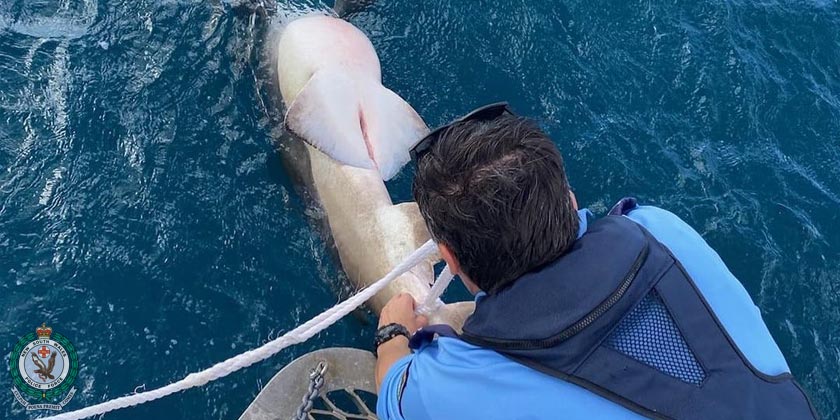 According to concerned onlookers at that incident, it took around four hours for the shark to be safely released.