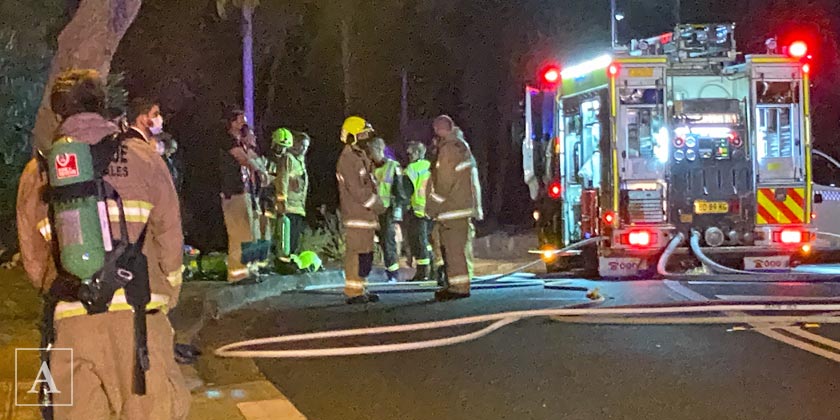 An 82-year-old man had a close call when his bed caught fire on Sunday night at Cromer.

Around 8.30pm Sunday, 12 September, emergency services including Fire and Rescue NSW crews from Dee Why and Narrabeen Stations, NSW Police and NSW Ambulance were called to a residential property at Toronto Avenue, Cromer, for what was initially described as a fire on a balcony.

The fire was at a two-level brick and tile house on a rear battle-axe block, adjacent to Cromer Golf Club. A firefighter from Dee Why Station said that on the way to the fire, the severity of the blaze was upgraded to a ‘house fire’.

“When we were on the way they upped it to a house fire. As it turned out, it was an electric blanket on his bed in the bedroom. It started smouldering and as he went to remove it, it caught fire and the mattress started going,” said a firefighter who attended the scene.

At that point, it is understood that the elderly resident with the assistance of a neighbour was able to move the burning mattress from inside the rear bedroom of the home to outside onto a balcony, where they attempted to put it out with a garden hose.

“It took off and went up into the eaves of the roof, which cracked and came down on it, but fortunately it didn’t get up into the roof space itself,” said the firefighter. 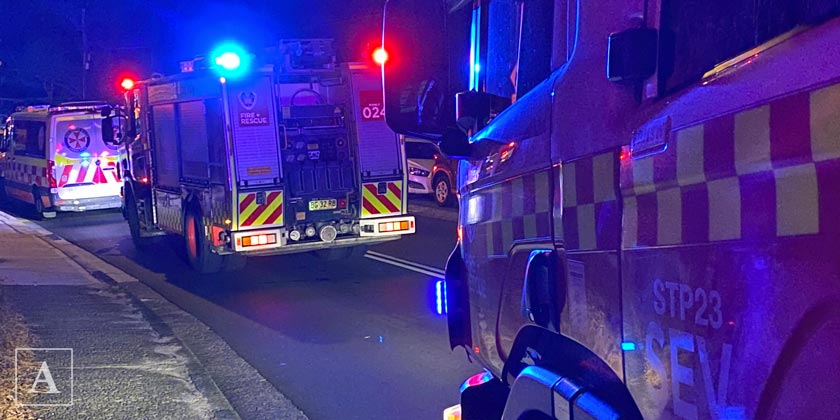 As the flames were extinguished by firefighters in breathing apparatus, attention turned to the welfare of the elderly resident, who had breathed in some of the smoke. He was given first aid and oxygen by the firefighters until the arrival of NSW Ambulance paramedics, but the incident had also attracted a lot of local attention.

According to the firefighter who was at the scene, well-meaning neighbours had to be asked to stand back from comforting the elderly gentleman so he could be treated by paramedics in a COVID-safe manner.

“He was okay, he could walk, we had oxygen on him and were monitoring him pending the arrival of the ambulance. One of the neighbours came in and wanted to put her arm around him.

“The paramedic had to ask her to move back. It’s a difficult situation but as a community we cannot afford to lose any ambos to a close contact. If that happens, we lose them for two weeks [isolation],” said the firefighter.

The man was treated for smoke inhalation and taken to Northern Beaches Hospital in a stable condition. The home throughout sustained a minor amount of smoke damage and was ventilated by firefighters who used atmospheric testing equipment to ensure safety before control of the scene was handed back to neighbours.

The fire is not being treated as suspicious by FRNSW, with a faulty electric blanket identified as the cause.

As part of an ongoing education program, FRNSW share some practical safety tips on how to look after an electric blanket: