Summer kicked off early today with a bushfire at Dee Why Lagoon.

At around 12.45pm today (Sunday, 12 September) smoke was observed in bushland next to Richmond Avenue, Dee Why. The alarm was quickly raised as strong winds began to whip up the blaze through the bushy undergrowth. 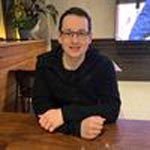 NSW Police were first on scene, followed closely by Fire and Rescue NSW crews from Dee Why and Manly Station, along with RFS crews from Davidson and Beacon Hill. Local resident Luke Gavahan was nearby when he smelled smoke.

“I was at Dee Why Beach walking along the pathway. I smelled the smoke and opened up the Fires Near Me app. I went straight over there. There were no fire trucks there at that stage but the police were there because they were probably patrolling the beach,” said Mr Gavahan.

“As I was there the first fire truck was coming in. I walked right up to where I saw the flames, it was right next to the little track, so I’m assuming that’s where it started. You could see and hear the flames.

“The first truck came in and they pulled the hose off the back to start dousing it. The police were cordoning off the area and getting everyone to stand back,” explained Mr Gavahan.

Mr Gavahan said that he had heard people near the scene say some youths were observed leaving the immediate area shortly after the smoke was spotted.

“A little bit after, I was standing next to a group of young people who were talking to one of the police officers and saying, ‘We know who did it,’ and passing on the names,” said Mr Gavahan.

According to Mr Gavahan, the youths claimed the boys who were allegedly responsible were still in the vicinity of the fire watching the emergency services response.

Fire and Rescue NSW Dee Why Station Officer Tim Kerrigan said that the fires occurred in the same area where fire lighting behaviour had been observed last year.

“The fire was in the same area as the previous fires. We had a run of them last year. The fire is definitely suspicious, it certainly didn’t start itself. There’s obvious signs there’s been people in that area. There’s plastic chairs, an old bag and some drug paraphernalia,” said SO Kerrigan.

Station Officer Kerrigan said that although conditions are still relatively favourable, todays wind and temperature was cause for concern.

“When we attended I immediately upped the response. We initially called on four appliances, it was us [Dee Why] and the Manly crew. They ended up sending an extra four appliances but we didn’t need them because we also had Davidson and Beacon Hill [Rural Fire Service], and a RFS Group Captain came down from Terrey Hills.

“It’s hot, heavy, hard work. The more resources you’ve got the less likelihood you have of it getting away from you. If we can hit it hard and early it minimises the chances of it getting out of control.

“Just after 1.00pm we had it well under control. Then it becomes a matter of flooding the water in, because there’s a lot of peat there that smoulders away underneath. We try and reduce the chance of being called back to a smouldering fire later in the evening, especially with the wind today,” said SO Kerrigan.

According to SO Kerrigan the fire was completely extinguished by 2.20pm and the scene was handed over to NSW Police. A spokesperson for NSW Police said the incident was being treated as suspicious and a crime scene team were conducting an investigation.

Anyone with information about the cause of the fire is encouraged to contact Crime Stoppers on 1800 333 000.