Climate change was the agenda for a meeting held by political action group Voices of Mackellar.

Absent was Mackellar MP Jason Falinski, who provided a statement that was read out at the start of the meeting by Voices of Mackellar President Leonie Scarlett. Mr Falinski said that he was addressing the immediate needs of the community as a result of the COVID-19 pandemic.

According to a statement issued by Voices of Mackellar, the panellists collectively called on voters in Mackellar to hold the Morrison Government to account at the next election if it does not show leadership on climate change. Ms Steggall accused the Commonwealth Government of peddling climate misinformation. 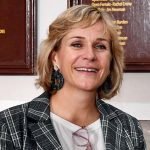 “It’s concerning that even in the face of such a stark warning as what the IPCC report showed, Coalition MPs including the member for Mackellar are sending out misleading information about Australia’s contribution to global warming as a high emitting per capita country.

“The coalition weaponised the issue of climate policy. It has been a way of dividing Australians. There is a lot of misinformation.

“It doesn’t have to be so polarised and negative. The government and Jason [Falinski] has put out all sorts of rubbish about doing better on emissions reduction. It’s not true. The Climate Change Bill shows it is possible to do it in a sensible way.

“The coalition tries to do accounting tricks on how we are doing. We need to do more, we need to double our emissions reduction by 2030. Putting aside health and environment concerns, we have an economic opportunity from this transition. It will be incredibly destructive to Australia over the next ten years if we don’t plan,” said Ms Steggall.

Mayor Michael Regan said Council had a role to play in a climate change response, especially being prepared for natural disasters.

“As a Council we’ve set net zero but there’s nothing at a federal level as Zali and others have pointed out. To be honest, climate change doesn’t sit within a local government boundary, it’s across the nation and across the world.

“We need Federal Government leadership. It’s a nationwide thing, they are the one’s who are supposed to lead us there. That’s why the Council declared it an emergency because it is an emergency.

“The hardest thing for Council is we’ve got to clean up after a storm. We are the one’s that are most impacted. When a toilet block gets washed out at Shelly Beach, that’s a million dollars of ratepayers money,” said Mayor Regan.

Ian Dunlop, who worked for oil company Shell for 27 years and was CEO of the Australian Institute of Company Directors from 1997-2001 issued a stark warning, saying it was already too late for an orderly transition on climate change. 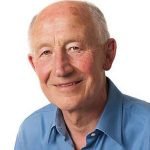 “We have achieved precisely nothing in terms of getting carbon emissions down. They are still going up at worst case levels. We [Australia] are one of the biggest culprits. There are non-linear impacts that kick in as temperatures increase.

“Our politicians are consumed with the idea you have to agree on getting to net zero emissions by 2050. That is totally inadequate to handle the threat we have now got, we have to do it far sooner than that, ideally by 2030. Speed is essential.

“We are seeing a total failure of leadership of the two party system to focus on the greatest threat this country is faced with. The reality is we are going to have to adopt a level of mobilisation to handle climate change that is going to be much more akin to wartime.

“We need a completely different conversation than the one we are having. The important thing for the community is to understand and act on that threat, it’s very scary stuff.

“The critical thing you have to do is drop emissions extremely quickly, there is nothing else that is going to solve our problem. That means no more fossil fuels, full stop. Gas, coal or oil.

“You have got to recognise there is no possibility now of having an orderly transition to a low carbon economy. We are going to hit a discontinuity and make massive changes and introduce a new economic system,” said Mr Dunlop.

Following the meeting, the Northern Beaches Advocate asked Mackellar MP Jason Falinski why he chose not to attend.

“Our community is in a state of high anxiety. Simply put I thought it was the wrong priority to put politics before people and attend this political rally. Groups such as Voices of Mackellar, Mackellar Rising, Your Northern Beaches, yourvotematters, the New Liberals, are left wing front groups that have continued to play politics in the middle of a lockdown.

“Instead of working with our community, we have this cynical exercise by a member of parliament from another area and Michael Regan. No surprise they spent most of their time talking about how bad the two major parties are and how to campaign.

“Zali Steggall’s Climate Change Bill has expired once and does not have the support of either side. It was a Bill planning to plan to do something, enforced by an authoritarian agency that could direct an elected parliament, whose CEO was appointed by a committee controlled by Zali Steggall. Why am I not surprised to hear this panel claims that we don’t have time for democracy.

“I have reluctantly concluded that by any reasonable measure this group is not a community group, they are the next chapter in the book of GetUp. If these groups were running a company, and not a political party, the ACCC would have grounds to prosecute them for false and misleading advertising.

“I care about the environment, I have just completed a course at Cambridge University on net zero, but there are a lot of other issues that people bring up too, like their fears about their financial future, getting their children back to school, housing affordability and traffic congestion that only seems to get worse, especially when Michael Regan turns The Strand into a one way street without consulting anyone.

“As Zali Steggall said the other day at a different political rally, we should be able to walk and chew gum at the same time. Well I am walking the walk on the environment and chewing the gum of improving services and community outcomes for my entire community,” said Mr Falinski.