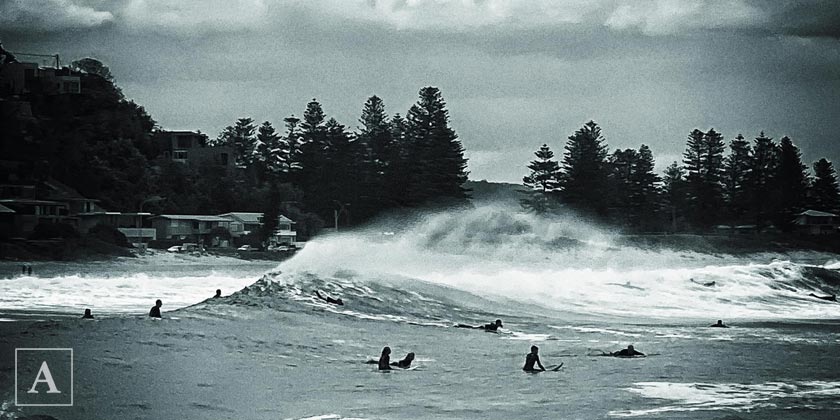 The latest episode of The Coast asks, how green is the surfing community?

Surfing is among the most popular pastimes on the Northern Beaches and we arguably have some of the best waves right on our doorstep. However, there is a rising tide of concern about the pollution associated with the sport.

Surfers drive and fly around the world in search of the best waves, burning a lot of fossil fuels along the way. The boards they ride, the wax they use on those boards, and the wetsuits they wear are all made of materials derived from petrochemicals and are difficult to recycle.

According to some estimates, a regular surfer can go through at least one board, two wetsuits, a kilo of wax and four leg ropes per year, most of which ends up in landfill.

In the latest episode of Radio Northern Beaches show and podcast, The Coast, host Wendy Frew talks to two surfers determined to make a change.

Wendy first talks to Manly local Tom Wilson, founder of not-for-profit organisation Wave Changer, about his drive to create a carbon-neutral, waste-free industry that retains the innovation, high performance and excitement expected by the surfing community.

In the second half of the show, Damien Cole of the famous Cole surfing family in Torquay, who is Surfrider Foundation Australia’s National Campaign Director, talks about why his company Varuna Surf has started manufacturing wooden boards.