A Northern Beaches doctor has been presented a humanitarian award by the NSW Governor.

Dr Wynter has received the award for his close association and work with the Tibetan refugee community on the Northern Beaches over the last 15 years. According to Manager of the NSLHD Multicultural Health Service Cathy Butler OAM, Dr Wynter’s contribution has been invaluable.

“Dr Wynter is inspirational. He goes above and beyond what other General Practitioners (GPs) would do to make sure the Tibetan refugees get the quality of healthcare they need, not just getting to see a GP but a culturally sensitive service.

“He is extremely patient with the elderly Tibetans in particular and recognises their wellbeing is not just physical health, it’s also emotional health and being able to thrive in the community with access to services. He looks at the whole picture.

“He is very passionate and dedicated. If I ring and ask for help, it’s never a problem. We’ve been working together for 15 years. When we were looking for a GP on the Northern Beaches who was prepared to work with us in the long-term, Dr Wynter was the only one to put up his hand.

“It is time consuming for a GP because you are doing all the appointments with an interpreter, which doubles the time. It’s also the time needed to explore what the health issues are, particularly when there are cultural issues involved.

“So much goes on behind the scenes. In order to make a referral it might be difficult because there may be extremely long waiting lists to get into specialist clinics. There may be someone we feel needs urgent assistance. Dr Wynter will ring around the private specialists until he finds someone who will see them at short notice and bulk bill. It’s those kinds of things people don’t see that happen behind the scenes,” said Ms Butler.

Dr Wynter has worked as a GP on the Northern Beaches for almost four decades, as a well-known GP in Dee Why since 1983 until several years ago when his practice moved to Brookvale. Dr Wynter said he was surprised to win the award and his involvement with the Tibetan community had happened almost by accident. 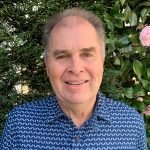 “Receiving the award was quite an unexpected and humbling exercise. I wasn’t aware I was even nominated. This came out of the blue. The plight of the Tibetans has been pushed under the rug a bit lately.

“I put my hand up around 15 years ago and I was put in touch with Cathy Butler from the Multicultural Health Service. She arranged for Tibetans to come to me for health assessments when they first arrived in the country and ongoing reviews of any problems we identified.

“The Northern Beaches and around the Dee Why area has had one of the biggest influx of Tibetans of any community in Australia. Around 1,000-1,500 have come through over the years. Some of them have moved on because of the cost of living in the area but they’ll often come back because they miss friends and community. Many of the Tibetans who haven’t moved on I still regularly see. In an average working day I’d see between 2-6 of them,” said Dr Wynter.

Dr Wynter found himself engaging and connecting with Tibetan refugees in a way he had not experienced with other refugee groups he had worked with.

“I had done a little bit of work with some other refugee communities before, people who’d arrived on boats. They didn’t want to get involved, they wouldn’t turn up for appointments. I found the Tibetans incredibly warm, generous and appreciative for what you are doing for them. Generally speaking they do what you ask of them, from taking medication to turning up for follow up appointments.

“It gave me hope that they would settle down and move into the community, and be valuable assets to our community in Australia, which is the hope for refugees. When I look at the Tibetans who arrived up to 15 years ago, they have picked up English and gone on to complete University and are working very successfully in the community. They are generally a hard working bunch.

“They are also a very compassionate group. A lot of them have done TAFE courses and nursing and work in aged care. I think if the Tibetans left the Northern Beaches the aged care facilities would fall apart. Places like the RSL war vets rely on them,” said Dr Wynter.

The warmth and compassion of the Tibetan community is particularly striking given the traumatic conditions many have experienced in their journey to Australia, according to Dr Wynter.

“People who arrive from Tibet generally don’t come directly from Tibet, they come via India. They have often fled Tibet for various reasons, either to seek education in India or flee persecution. I have heard a number of horrifying stories from people who have sustained injuries from things like beatings in prison. PTSD and trauma is common.

“The impact of those traumatic experiences have impacted some of the physical and emotional health issues that I deal with. Some of the younger ones I’ve seen were sent to India by their parents when they were very young. They might not have seen their parents in many years.

“When they fled, they had to travel at night and hide in the day for fear of being caught by the Chinese border guards. When they got to India they were there to study, and so they did. I have a lot of respect for the younger ones who did that.

“Some of the older ones struggle more. They need more help with interpreters and they probably had very little education when they were in Tibet. Documentation is very poor from the old days in Tibet. Very few of the older people know their exact date of birth.

“Some people might have paperwork that says a year they were born, but it might be handwritten in Tibetan and it can be wrong. It might say they were born in 1955 but it’s clear they are several years older. That affects people who may be eligible for the age pension but are being told they need to still search for work,” explained Dr Wynter.

While unexpected, the NSW Humanitarian Award for Refugee Supporter was confirmation for Dr Wynter that his efforts were valued and were achieving positive outcomes.

“It makes me more passionate about my job. I’ve received recognition over the years from the Tibetans themselves, and that has always been very gratifying. They are such lovely people, and I know I’ve always been part of their community, but this is a big honour to be recognised in this way.

“Anything we can do to improve refugee health is important. This is not going to be the last time I talk about Tibetans. Once the borders open again, maybe in 2022 or 2023, there are a lot of people waiting for our help. A lot of those may be heading for the Northern Beaches of Sydney.

“They like to give back where they can. I guess that’s probably why I keep doing my job as much as I do. I feel like I’m giving to them but they are also giving back in return and that’s very gratifying,” said Dr Wynter. 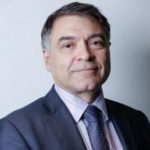 The NSW Humanitarian Awards are judged by the NSW Service for the Treatment and Rehabilitation of Torture and Trauma Survivors (STARTTS) and the Refugee Council of Australia (RCOA). STARTTS CEO, Jorge Aroche said the awards celebrated the contribution of people such as Dr Wynter.

“The resettlement journey is long and arduous. Success depends not just on the work of organisations like STARTTS, but on the actions and commitment of a huge range of stakeholders. It is a privilege to be able to recognise exceptional contributions through the Humanitarian Awards on the occasion of Refugee Week,” said Mr Aroche.

“Thank you, as always your Covid updates are so prompt, clear and extremely helpful. Keep up the amazing work!”
-Jules, Bilgola Plateau

“Thank you. I now just wait for your update. Clearer and much more digestible than the press conference.”
– Diane, Church Point