A breaching whale landed on a small boat this week, causing serious injury.

With a significant increase in whale numbers observed in recent years, NSW Police have issued a warning to all boat owners, reminding skippers to keep a safe distance from whales during their migration along the NSW coast.

Just after 9.00am Sunday, 06 June, Marine Rescue NSW received a mayday call from a recreational vessel off the NSW south coast after it had been hit by a breaching whale. The 39-year-old male skipper advised that his 18-year-old male passenger, who is his stepson, had sustained a serious head injury as a result of the impact.

The skipper managed to navigate his vessel back to the boat ramp, despite taking on water, and was met by NSW Ambulance on shore. Paramedics transported both men to a local hospital for treatment. The younger man was subsequently airlifted to Canberra Hospital, where he remains in a critical but stable condition. 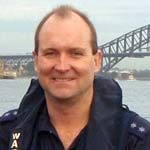 “While inquiries are in their infancy, the incident demonstrates the dangers these mammals can pose to those on the water. In recent days, the number of whales migrating north has dramatically increased, and maritime authorities have received reports they’re travelling closer to the coast than in previous years.

“Given the close proximity to the shoreline, there is potential for some spectacular whale watching, but we encourage anyone hoping to get a closer look to maintain a safe distance,” said Supt McNulty.

The whale may have travelled north and be in the vicinity of the Northern Beaches. NSW National Parks and Wildlife Service (NPWS) and the Organisation for the Rescue and Research of Cetaceans in Australia (ORRCA) are investigating whether the whale was also injured in the encounter and will monitor to provide assistance if required.

Information about whale watching and safe distances is available at the NPWS website. Supt McNulty said the incident provided a timely reminder to keep safety at top of mind and adhere to approach zones whether in, on or above the water.

“With tens of thousands of large whales currently migrating north, we expect large numbers of vessels to take to the water. All water craft including surfboards, vessels, swimmers and spectators must adhere to regulations, not only for their safety, but also for the protection of these magnificent creatures.

“You must not approach a whale any closer than 100m on a vessel, including boats, surf skis and kayaks, or 300m on a ‘prohibited vessel’, which includes jet skis. Swimmers and divers must not enter the water within 100m of a whale and then make sure they maintain a distance of at least 30m in any direction.