A missing Blue Mountains man is believed to be on the Northern Beaches. 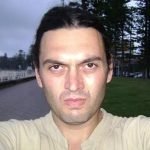 NSW Police have issued an appeal to find Michael Conquest, a 43-year-old man from Wentworth Falls who was last seen walking along the Great Western Highway, Wentworth Falls about 5.00pm Friday, 23 April.

A short time later, officers attached to Blue Mountains Police Area Command were notified by family who hold concerns for Mr Conquest’s welfare due to a medical condition that requires ongoing treatment.

He is described as being of Caucasian appearance, 180-185cm tall, medium build, with black hair and brown eyes. He was last seen wearing a blue jacket.

It is believed he is in Sydney, possibly somewhere on the Northern Beaches. Police are urging anyone with information about his whereabouts to contact Crime Stoppers on 1800 333 000.