The Surfrider Foundation Australia held a paddle out at Mona Vale Beach today (Saturday, 17 April) to oppose gas exploration off the coast.

Surfrider along with other local groups including Living Ocean were at Mona Vale Beach to oppose the renewal of a gas exploration licence known as Petroleum Exploration Permit 11 (PEP 11). The area covered by the exploration permit stretches offshore from Newcastle to the Northern Beaches.

The permit which expired in February 2021 had been held by Perth-based Advent Energy Ltd since 2008. A decision to renew the PEP 11 licence was to be made by a joint authority of NSW and Federal Government between NSW Deputy Premier John Barilaro and Federal Resources Minister Keith Pitt. Deputy Premier Barilaro came out in February against the extension but a decision from Minister Pitt, which was due in March, has yet to be made.

BPH Energy Ltd announced in February 2021 it had raised $9m to increase its ownership of PEP 11 licence holder Advent Energy Ltd from 22 percent to 33 percent. The reported aim of the increased stake was to ‘progress well planning, engineering and environmental approvals for drilling at the Baleen gas target in offshore New South Wales permit PEP 11.’

BPH Energy Ltd issued an announcement yesterday (Friday, 16 April) to the Australian Stock Exchange (ASX) in which it stated that Advent Energy Ltd had received an environmental review report for deeper drilling.

“Advent now intends, subject to approvals and funding, to undertake deeper drilling to also undertake evaluation of the offshore Sydney basin for carbon sequestration (carbon capture and storage),” said the company’s statement to the ASX. 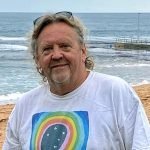 President of the Northern Beaches branch of Surfrider Foundation Australia Brendan Donohoe said they would not stop until the decision against the renewal of the permit is final.

“We are protesting as strongly as we can, and we’ll do it until it stops, the preposterous proposition that they drill for gas off the coast between Sydney and Newcastle. It makes no sense in any way, if everything goes perfectly it’s still a bad idea. If anything goes wrong it could be catastrophic for all our beaches, the harbours and our rivers.

“We are appalled there’s even a consideration of this. The lease has run out. They’ve had ten years to convince investors and everyone else it’s a good thing. They ran out of time and we thought that would be it but apparently they will not make a decision, so we want to force the hand of Minister Keith Pitt to draw a line under this,” said Mr Donohoe. 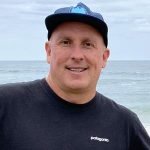 National Chairperson of Surfrider Foundation Australia Sean Doherty said people needed to be made aware of the ongoing uncertainty over PEP 11 renewal.

“I think a lot of people are oblivious to the fact this has been out there for a while and it’s an approval and a half away from happening. They [the politicians] have been passing off between each other. It was a joint authority, but it’s in a strange limbo right now. No one is really saying what’s happening.

“The permit has lapsed but the company is still going ahead and making announcements to the market. They are planning further drilling, which they say is to facilitate carbon capture. Anyone who knows this knows it’s a fairy tale. It’s a fairly clear play to tap into some government money that looks to be firming up around carbon capture technology.

“The broader play of the gas market in Australia is cartel behaviour. This is how brazen they have become, they can pull up off the most populous coastline in the country and set up business when we are already the biggest exporter of gas in the world.

“At the stroke of a pen the government could quite easily put an east coast gas reserve policy in and flick all this around but that would upset gas companies. The west coast has a gas reserve policy that they withhold 15 percent domestically to keep the price down.

“The east coast sold all the cheap gas off to Asia and we’re stuck with the expensive gas here. Not only are they going ahead with more of it they’re probably expecting the taxpayer to subsidise it. Why are we doing this? It’s the craziest thing you could dream up,” said Mr Doherty.

Northern Beaches MPs Jason Falinski and Zali Steggall OAM have both come out in opposition to PEP 11. Mr Falinski was unable to attend this mornings paddle out in his electorate due to a family commitment but expressed his support for the event when contacted.

“It will come as no surprise to anyone I am vehemently opposed to the permit being renewed. We’ve made a lot of progress on this, the Prime Minister has come out against it. A private members bill has been moved in Parliament with cross party support.

“Obviously a lot of people have signed petitions to not renew it but it is still not done. Keith Pitt needs to come out and say the permit will not be renewed. He has to do that according to the law but a decision was due in March and we await his decision with bated breath,” said Mr Falinski.