A significant revamp of the playing surfaces of netball courts at the Abbott Road sports fields is now complete, with 25 upgraded hard surface courts.

The courts have been upgraded with the durable Plexipave acrylic surface system that provides a weather resistant playing surface for outdoor ball sports such as tennis, basketball and netball. The system can be customised for each sport, in this case netball, to deliver the desired grip, bounce and speed required for optimal playing conditions.

According to Northern Beaches Mayor Michael Regan the courts look ‘magnificent’ and will be well used by enthusiastic netball players.

“It’s great to see so many sportsmen and women enjoying the facilities at John Fisher Park across a wide spectrum of sports. The netball courts, in particular, are in heavy demand and we are very pleased they are in top condition to handle a full schedule of training and competitions,” said Mayor Regan. 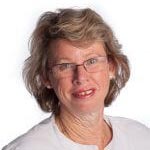 “MWNA is extremely grateful for the support from Northern Beaches Council in making the improvements for the commencement of the Winter 2021 season,” said Ms Hurditch.

The netball ‘super hub’ at John Fisher Park, North Curl Curl caters for all grades of netball training and competition. The new courts complement others across the Northern Beaches including the recently completed outdoor multi-purpose courts at Boondah Road, Warriewood (image below).