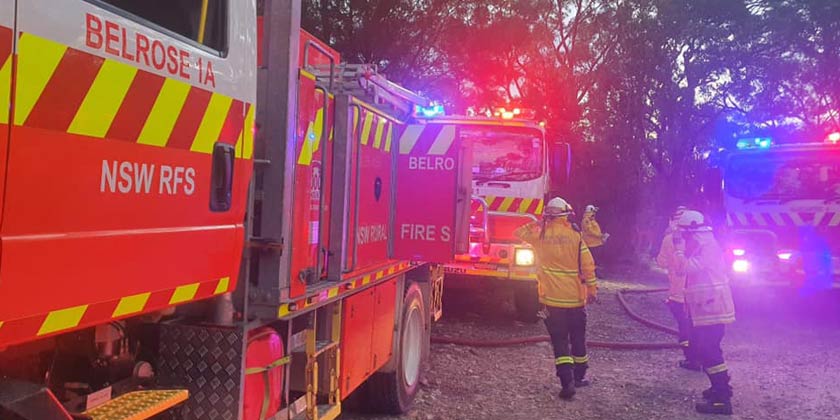 A bushfire broke out at a remote beach in Ku-ring-gai Chase National Park this evening.

At around 5.00pm today (Saturday, 27 March) Rural Fire Service brigades were called to reports of a bushfire at the remote Flint and Steel Beach on the north western side of West Head. 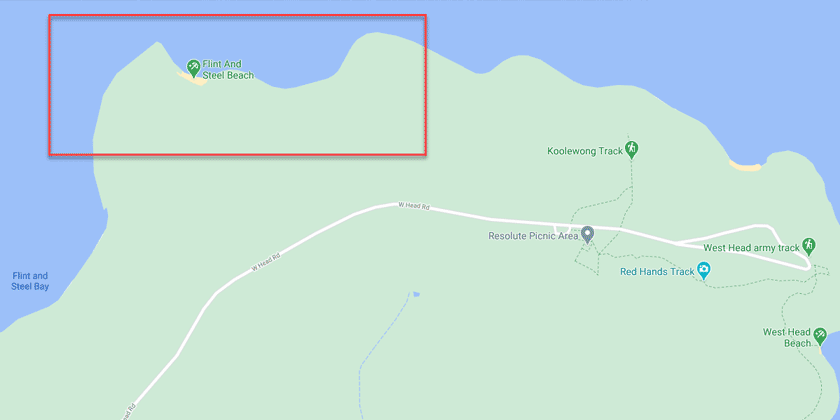 NSW Water Police initially reported that approximately 20m of bush was alight, burning up the hill from the beach. Fortunately the extremely wet weather recently appears to have slowed the progress of the flames, allowing time for RFS brigades to respond.

RFS Terrey Hills brigade was among the first on scene, moving down Flint and Steel track towards the beach. They located the fire on a trail above the beach, estimating the fire had spread to around 100m but were unable to directly access the area alight from their location. They reported a lot of smoke but generally favourable weather conditions.

Additional resources were called in, including water based brigades from Scotland Island, Mackerel Beach, Central Coast and West Pittwater RFS with Elvina Boat (image below) allowing firefighters to attack the blaze from the water. Vessels were forced to battle the flames while dodging floating debris from the flooded Hawkesbury River. 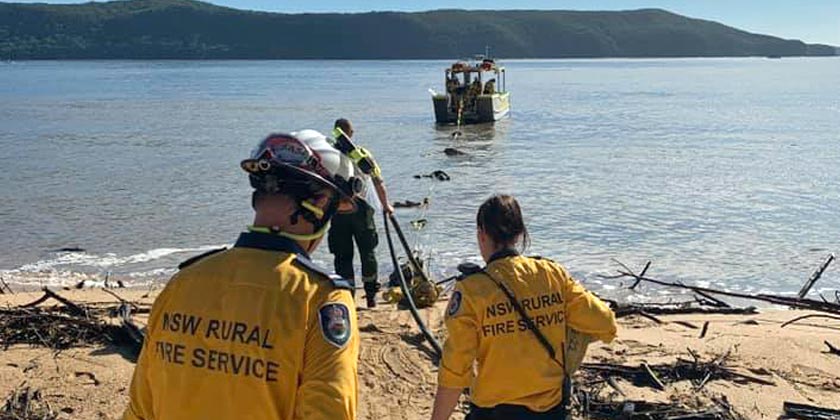 For public safety, NSW Police restricted access to West Head Road and NSW Ambulance established a forward staging area at the top of the track.

By 7.30pm the fire, which covered approximately 5ha, had been contained at the eastern side with three boats working from the water and land crews coming in from the top trail working with hoses. The western edge of the fire was contained around 8.20pm, with mopping up ongoing.

By 9.15pm the fire was contained sufficiently that the decision was taken to suspend operations given the dangerous night time conditions.

Update Sunday, 28 March: Crews returned Sunday morning for further mop up operations, handing the area over to National Parks and Wildlife Service at 10.30am to monitor remaining hotspots for the next two days.

The cause of the fire is not yet known.