The Northern Beaches will not receive disaster relief funding from the Federal Government under Disaster Recovery Funding Arrangements.

Member for Warringah Zali Steggall OAM has received a further response to a letter she wrote to Federal Treasurer Josh Frydenberg during the Northern Beaches lockdown seeking federal funding assistance. 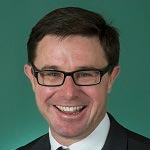 Deputy Leader of the Nationals and Minister for Agriculture, Drought and Emergency Management David Littleproud has informed Ms Steggall that the request does not qualify under disaster funding arrangements.

“I note your request to include public health crises under the scope of the Disaster Recovery Funding Arrangements (DRFA). The Prime Minister, the Hon Scott Morrison MP, has confirmed that the scope of the DRFA will not be amended to include infectious disease outbreaks and that the DRFA cannot be activated for impacts arising from COVID-19,” said Minister Littleproud in his response to Ms Steggall. 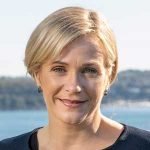 Ms Steggall expressed her disappointment at the response, saying she would continue to seek assistance for Northern Beaches businesses.

“The response from the Morrison government is very disappointing and inadequate. The Federal Government cannot declare an area a ‘hotspot’ without offering financial assistance to businesses.

“The lockdown happened during the height of the Christmas and New Year trade that was especially important to businesses last year after disrupted trade due to the ever-changing nature of COVID-19 restrictions.

“It is clear COVID-19 will continue to disrupt businesses in the foreseeable future so it is essential that they are supported when expected to close for the greater good of the community. I will continue to advocate for greater support for businesses,” said Ms Steggall.

The rejection of funding comes in the wake of Mackellar MP Jason Falinski saying he had spoken with the office of the Prime Minister and that some funding could be made available.

“During the Victorian lockdown, Local and State Government there requested co-funding assistance from the Commonwealth. That funding was granted from Treasury ‘advance’ funding arrangements.

“It’s entirely understandable how the two sources of funding can be confused if we start talking about disaster relief. The one I am talking about comes from the Treasury though, not the DRFA from Minister Littleproud’s portfolio.

“In the meantime, the Federal Government has provided over $170m in JobKeeper payments to over 8,000 businesses supporting around 22,200 individuals in the Northern Beaches during the December quarter. In addition to that there has been over $1m pandemic leave paid.

“As a small business person myself I know there are a bunch of businesses that acutely felt this because it was their peak trading period. I am still fighting to make sure they get some compensation for losses they have suffered through no fault of their own so other Australians could enjoy Christmas and New Year.

“The community expects all three tiers of government to work together on this, just like the community worked together during the lockdown. I hope we’ll see some specific support programs proposed by Local and State Government and a request made for Federal co-funding to help compensate those who bore the consequences of decisions they didn’t make,” said Mr Falinski.

No State Government spokesperson was prepared to go on record, but it is understood the Premier’s office did consider the option to seek funding from the Commonwealth and decided it was not required in this instance.

A source familiar with the process for declaring a disaster in NSW said the state Disaster Assistance Guidelines specifically exclude ‘droughts, frosts, heatwaves and epidemics’ from being defined as Natural Disasters.

The source said that the targeted measures, including early release of Dine and Discover vouchers to the Northern Beaches, the hardship grants to Northern Beaches businesses, and the promotional impact of a major tourism event by hosting the World Surf League event at North Narrabeen, would provide an effective response more quickly than trying to change the definition of a disaster and co-ordinate programs across multiple tiers of government.

According to the source, the State Government does not intend to make further requests of the Commonwealth at this time, but will see how the situation on the Northern Beaches evolves as these measures take effect.