As one of the largest audience aggregation platforms, Facebook has captured a significant share of the Australian advertising market. Facebook yesterday (Thursday, 18 February) blocked access to news services including the Northern Beaches Advocate as part of their dispute over the News Media Bargaining Code currently before Federal Parliament.

A number of not-for-profit and other unrelated organisations were caught up in Facebook’s blanket news ban yesterday, including Rotary International, 1800RESPECT, environmental and community sporting organisations. 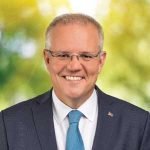 “Facebook’s actions to unfriend Australia today, cutting off essential information services on health and emergency services, were as arrogant as they were disappointing. I am in regular contact with the leaders of other nations on these issues.

“These actions will only confirm the concerns that an increasing number of countries are expressing about the behaviour of BigTech companies who think they are bigger than governments and that the rules should not apply to them. They may be changing the world, but that doesn’t mean they run it.

“We will not be intimidated by BigTech seeking to pressure our Parliament as it votes on our important News Media Bargaining Code. Just as we weren’t intimidated when Amazon threatened to leave the country and when Australia drew other nations together to combat the publishing of terrorist content on social media platforms.

“I encourage Facebook to constructively work with the Australian Government, as Google recently demonstrated in good faith,” said the Prime Minister.

“We will not back down in the face of irresponsibility, bullying and intimidation. There are other social media platforms and I encourage Australians to go directly to reliable news sources and show Facebook we are quite happy to live without them if this is how they behave. The people of Australia run this nation, not big tech and this government will fight for that principle,” said Mr Falinski.