Construction of a seawall is underway to protect homes at Collaroy Beach.

A number of properties along the oceanfront from Narrabeen to Collaroy were seriously endangered by erosion during a large storm swell in 2016. The beach has remained under threat since that time, with additional erosion occurring during subsequent storms.

Since the 2016 storm, homeowners have been embroiled in battles with insurers over cover for damage and government over funding for protection measures.

It is understood that residents will be expected to foot approximately 80 percent of the cost of the seawall for their own property, which may be hundreds of thousands of dollars each.

Northern Beaches Council says that 1.3km of seawall is proposed from South Narrabeen to Collaroy, which covers 11 parcels of public land and 49 private land holdings. Part of the complexity of construction is the requirement for neighbouring properties between the public land sections to work together in groups.

Council says that works at Collaroy car park have been completed and works at the remaining public sites will be undertaken in a coordinated way when adjoining private works are undertaken.

Of the 1.3km, almost 400m of the public and private parts of the wall have already been completed or are underway, with the properties between Stuart Street and Wetherill Street at Collaroy currently under construction.

Council is hopeful that the remaining properties that have not submitted a Development Application will do so within the next 12 months. 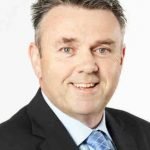 Northern Beaches Council CEO Ray Brownlee said they are working with impacted property owners to ensure the works are constructed in a coordinated way.

“Protecting this strip from the devastating impacts of coastal erosion has been a long and arduous process with endless hurdles for both Council and residents to clear.

“I am pleased to see construction for the first collection of residents who have been able to work together to get their portion underway, with further residents due to start in the coming months.

“There are many complexities to this project and we are working with all residents to support them to be able to protect their properties,” said Mr Brownlee. 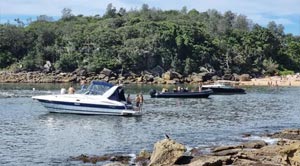