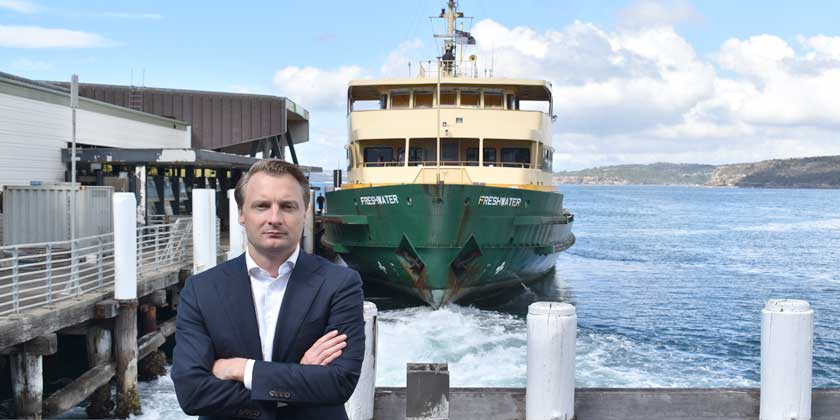 A second Freshwater-class ferry will stay but NSW Minister for Transport Andrew Constance has ruled out saving more.

Following further consultation and feedback from the community, Minister Constance said the oldest vessel in the fleet, the MV Freshwater, will continue to operate alongside the MV Collaroy on weekends.

“I want to thank the local member for Manly who has continued to fight on behalf of his community to save an additional Freshwater.

“This decision is about balancing the needs of all our customers, with the community feedback and additional maintenance costs, and moving forward with a solution that we can all get onboard with,” said Minister Constance.

The two Freshwater-class vessels will service the Circular Quay to Manly run every hour on weekends and public holidays.

“Weekday commuters, who want faster and more frequent services, will be served exclusively by the new generation Emerald-class vessels, which are fully accessible, more energy efficient and cheaper to run,” said Minister Constance.

Member for Manly James Griffin has welcomed the decision to save a second Freshwater-class ferry on the Manly to Circular Quay route.

“I want to thank the Minister for Transport and Transport for NSW for listening to my community’s feedback and retaining another Freshwater.

“Change is sometimes difficult. Some people will want to retain all of the vessels, however the decision does strike the right balance between keeping the grand old boats for tourists and residents who want to enjoy the scenic trip to Manly on weekends and public holidays, while providing a more frequent service that commuters want during the week,” said Mr Griffin.

The MV Freshwater will temporarily cease operation in the first quarter of 2021 while it undergoes major maintenance. During this time, the remaining three Freshwater ferries will continue to run services.

Northern Beaches Council Deputy Mayor Candy Bingham said the ferries have not been saved and has previously called for all four vessels to be retained.

A petition set up on the NSW Parliament website by Cr Bingham calling for the replacement of the Freshwater-class ferries to be cancelled currently has over ten thousand signatures.

According to Transport for NSW, the MV Narrabeen and MV Queenscliff will officially retire around the middle of the year when the MV Freshwater returns from major maintenance and the Emerald-class vessels begin operation on the F1 Circular Quay to Manly route.

You may also like
Our friends over at the Manly Observer have also written an article on the decision to retain a second ferry, which you may like to read if you are interested in this subject.