Vigilance for mop up phase

The Northern Beaches has moved into mop up phase for the COVID-19 outbreak according to the Premier and Chief Health Officer. 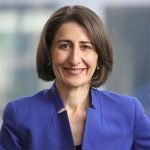 With three new locally acquired cases in NSW to 8.00pm last night, one of them on the Northern Beaches, and two connected to the Berala cluster, NSW Premier Gladys Berejiklian said the risks for the Northern Beaches were now the same as for greater Sydney as Pittwater emerges from lockdown today (Sunday, 10 January).

“We deeply appreciate what the Northern Beaches has been through in the last few weeks, especially the northern section. Today is your first day where you don’t have the stay at home orders applying to you. But the case of community transmission overnight demonstrates that whilst the main threat has to some extent subsided, we are still mopping up. That’s why all of us have to be on high alert. The risk in greater Sydney is the same today as it was last week,” said Premier Berejiklian.

The Premier said the initial outbreak at Avalon was large and threatened to get out of control, leading to the lockdown, which she conceded was made possible by local geography.

“Had the super spreading event occurred anywhere else in greater Sydney it may have been difficult to lock down just one part of the city. The geographic significance of the Northern Beaches allowed us to have a localised response. The particular response will depend on a number of factors and in this case geography was a factor.

“It was a mammoth task. To get 60 cases from two events and have those spread, could have been absolute disaster. We prevented that, the health experts and the efforts of the community really got us to where we are today,” said Premier Berejiklian. 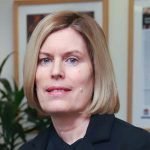 NSW Chief Health Officer Dr Kerry Chant revealed that today’s case reported on the Northern Beaches was a young man who lives in the southern zone, who was linked to the Avalon cluster and is a close contact of another case.

Dr Chant said they believe the newly reported Northern Beaches case was in fact an older case, which connects the new report to venue notifications issued late last night for Aldi and Woolworths at the Glenrose Shopping Centre at Belrose on Christmas Eve.

“The case I mentioned today was in the southern zone and we do actually believe that case was an older case but we do wait for serology on that and we take a precautionary approach. We want everyone to go about their business in the Northern Beaches and again can I extend my appreciation for their cooperation during the lockdown.

“This is a critical phase in our response. We are asking you to get tested and continue to get tested. I am reassured that the testing rates in that northern zone and also the southern zone have been quite high, but particularly the northern zone, so that does give me some comfort but clearly we have to be very vigilant in the coming weeks,” said Dr Chant.

Asked about the progress of support for Northern Beaches businesses which had been negatively impacted by the lockdown, the Premier said the government was considering the options but recognised the impact and would provide direct support if needed.

“We’re making those assessments now. A number of members of my team have been actively engaging with the Chambers of Commerce, speaking to businesses. We announced the acceleration of the voucher system on the Northern Beaches, if there’s more that we need to do of course we will.

“I’ll be speaking to the Treasurer early this week to ascertain whether there’s anything further we need to do at this stage. We deeply appreciate that businesses have been hurting, especially at a time of year when they’d expect to have more trade. We’ll look very closely at what we need to do and let me assure you if we need to do direct support, we will,” said Premier Berejiklian.

Hopes for a rapid return to normal were tempered by Chief Health Officer Dr Kerry Chant who said there were still many unknowns about the impact of vaccines in the real world, and that it would take time for sufficient protection to occur.

“We have much to learn about how the vaccines will impact on transmission and there is still a lot unknown. We’ll have the experience internationally to draw upon given the vaccines are starting to be rolled out in many countries and the Commonwealth Government has announced the timeline for the Australian rollout.

“What I think we need to recognise is that 2021 is going to be a year we have to learn about the virus and how we work with it in a time when we have progressively rolled out vaccination. As the Commonwealth have announced, we will be hopefully rolling out the vaccines in the coming months but it will take us a while until we have that population coverage.

“We still don’t have an approved vaccine for children, although the work is being done to consider and develop the evidence for children,” said Dr Chant.

NSW Health is currently treating 109 COVID-19 cases, none of whom are in intensive care. Three additional COVID-19 cases were identified in returned travellers in hotel quarantine yesterday. Testing numbers in the 24 hours to 8.00pm last night were 23,763, which has been decreasing gradually over the last five days.