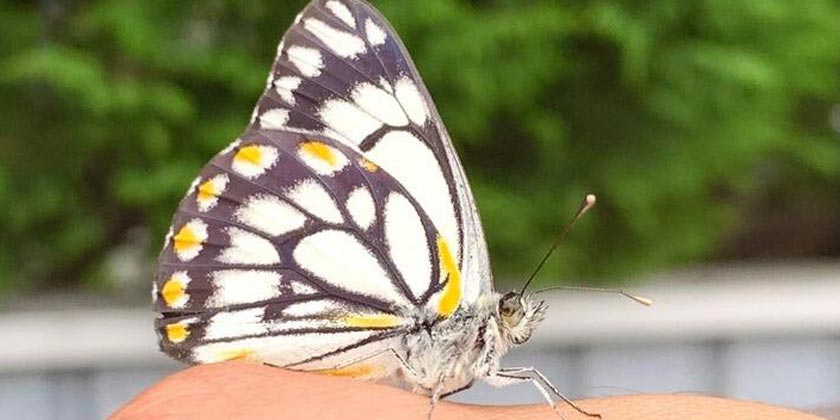 The Northern Beaches has been captivated by a mass migration of butterflies.

“Hundreds flying past,” said Sioned from Palm Beach, “Flowing through our backyard,” said Olof from Avalon Beach, and “So many it looked like it was snowing,” said Camilla, who was playing golf at Mona Vale.

The butterflies were identified as the Caper White Butterfly. They are white with black edged wings and typically live west of the Blue Mountains.

The Caper White Butterfly is so named because it feeds on caper shrubs that grow in inland NSW and QLD. They migrate north in spring, usually flying west of the Great Dividing Range.

Blown off their normal course by a westerly wind, they are now migrating along the coast. They maintain rapid flight close to the ground during the day, resting on trees and shrubs at night.

Other residents on the social media service Nextdoor expressed delight at the large number of butterflies.

Not everyone was enthusiastic at the sudden influx of butterflies to their gardens however, with keen vegetable gardeners worried about the potential impact on their leafy greens.